EHT Reveals US Far Behind the World on Cell Phone Safety

Speaking before a hearing of the Pennsylvania legislature, Dr. Ronald B. Herberman, Chairman of the Board of Environmental Health Trust (EHT) and Founding Director Emeritus of the University of Pittsburgh Cancer Insiutute UPCI), cited a new report from the Journal of Neuro-Oncology by Dr. Santosh Kesari, chief of neuro-oncology at the University of California, San Diego as part of his compelling testimony at the House Democratic Policy Committee hearing on cell phone warning labels on September 1 .  “Dr. Kesari joins a growing number of eminent scientists who have concluded that precautionary steps should be taken regarding cell phone radiation, a position that EHT strongly endorses," Dr. Herberman said to the committee.

The hearing was being conducted to review the bi-partisan Pennsylvania cell phone safety bill (HB-1408) requiring warning labels on cell phones, advanced by former-speaker of the House Pennsylvania State Rep. Dennis O’Brien (R-169) and State Rep. Vanessa Brown (D-190).  If passed into law, this would provide the first state action in the US reflecting growing scientific consensus from the WHO on the potential hazards of cell phone use.

“In contrast to the rather recent explosive rise in cell phone use in the United States, in the Scandinavian countries, widespread cell phone use has been prevalent for more than two decades,” testified Dr. Herberman. “Dr. Lennart Hardell, a distinguished oncologist, found that people who have used cell phones the most, for more than 10 years, have double the chance of developing malignant brain tumors and also tumors on the hearing nerve, called acoustic neuromas. “

“Since my precautionary advisory to UPCI faculty and staff in 2008, published peer-reviewed articles have provided mounting support for the concern about increased tumor risks, and other health risks, from long-term, regular use of cell phones held against the head. Dr. Hardell found that when cell phone or cordless phone use began as a teenager or younger they had a 680% and 690% increased risk of brain cancer on the side of the head where they held their phones, respectively.  The analogous increased risks when cell or cordless phone use began between 20 and 49 years of age were 110% and 60%, respectively,” testified Dr. Herberman.

To read the testimony of Dr. Herberman and Ms. Marks in full, please visit the following link: http://environmentalhealthtrust.org/content/testimony-state-senate-pennsylvania-cell-phone-warning-labels-sept-1-2011

The EHT is providing a video featuring physicians and scientists talking about their concerns. It can be viewed on EHT’s You Tube Channel: http://www.youtube.com/envonc.

Environmental Health Trust (EHT) educates individuals, health professionals and communities about controllable environmental health risks and policy changes needed to reduce those risks. Current multi-media projects include: local and national campaigns to ban smoking and asbestos; working with international physician and worker safety groups to warn about the risks of inappropriate use of diagnostic radiation and cell phones, promoting research and awareness of environmental causes of breast cancer, and building environmental wellness programs in Wyoming and Pennsylvania to address the environmental impacts of energy development, the built environment and radon. EHT was created with the goal of promoting health and preventing disease one person, one community and one nation at a time. Capitalizing on growing public interest in Dr. Devra Lee Davis’s three popular books, When Smoke Ran Like Water, a National Book Award Finalist, The Secret History of the War on Cancer, and Disconnect--The Truth about Cell Phone Radiation, What Industry Has Done to Hide It and How to Protect Your Family, as well as recent documentary films, the foundation’s website offers clear, science-based information to prevent environmentally based disease and promote health, for the general public, children, and health professionals. For more information about getting involved in the numerous special projects spearheaded by the EHT, please log on to www.ehtrust.org. 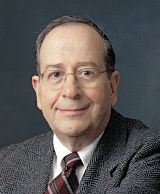