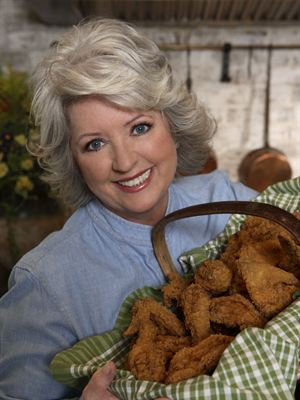 Sources say Paula Deen who previously did not address the diabetes question, has worked out a multimillion-dollar deal to be the spokeswoman for a pharmaceutical company

On January 13, in a story titled “Paula’s Big Fat Secret,” TheDaily.com reported that celebrity cooking show host Paula Deen would soon announce that she had type 2 diabetes. Indeed, Ms. Deen made it official on January 18th, revealing to the public that she has kept her condition under wraps for three years.

According to TheDaily.com article, “Sources say Deen, 64, who previously did not address the diabetes question, has worked out a multimillion-dollar deal to be the spokeswoman for a pharmaceutical company and endorse the drug she is taking.”

Leanne Italie of the Associated Press reported, “Deen is the pitch person for Novo Nordisk’s new online program, Diabetes in a New Light, which offers tips on food preparation, stress management and working with doctors on treatment. She has contributed diabetes-friendly recipes to the website and takes the company’s drug Victoza, a once-daily noninsulin injection that had global sales of $734 million in the first nine months of 2011.”

“When it comes to high-calorie, deep-fried Southern cooking, Paula is the queen, and her TV shows and five bestseller books are extremely popular,” say boomer generation health experts Dian Griesel, Ph.D., and Tom Griesel, authors of the new book TurboCharged: Accelerate Your Fat Burning Metabolism, Get Lean Fast and Leave Diet and Exercise Rules in the Dust (April 2011, BSH). “Yet, it appears that all that comfort food has taken its toll, and her doctors have been treating her with drugs and probably advised some dietary changes. Interestingly, she doesn’t plan to change her show much, and apparently feels comfortable directing others to eat the same foods that have helped cause her condition.”

“Deen’s son Bobby seems to have anticipated the dilemma,” adds Tom Griesel. “Not My Mama’s Meals, his show featuring healthier versions of his mother’s recipes, debuted in January on The Cooking Channel.”

“Poor diet and lifestyle choices will eventually catch up with everyone who indulges on a regular basis,” notes Dian Griesel. “Although TV shows and bestseller books may provide a good income, they offer no protection against the chronic diseases an incorrect diet will eventually cause.”

TurboCharged® is a groundbreaking 8-Step program that defies common weight-loss theories. It successfully delivers body-defining rapid fat loss, accelerates metabolism, and improves health and odds of longevity without gimmicks, supplements or special equipment. Common sense and a desire to be lean are all that is required for success at any age. For more information, log on to http://www.turbocharged.us.com. Please follow us on Facebook at http://www.facebook.com/turbochargedUS and Twitter at http://twitter.com/#!/diangriesel. 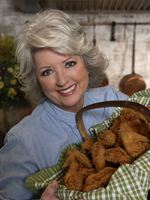