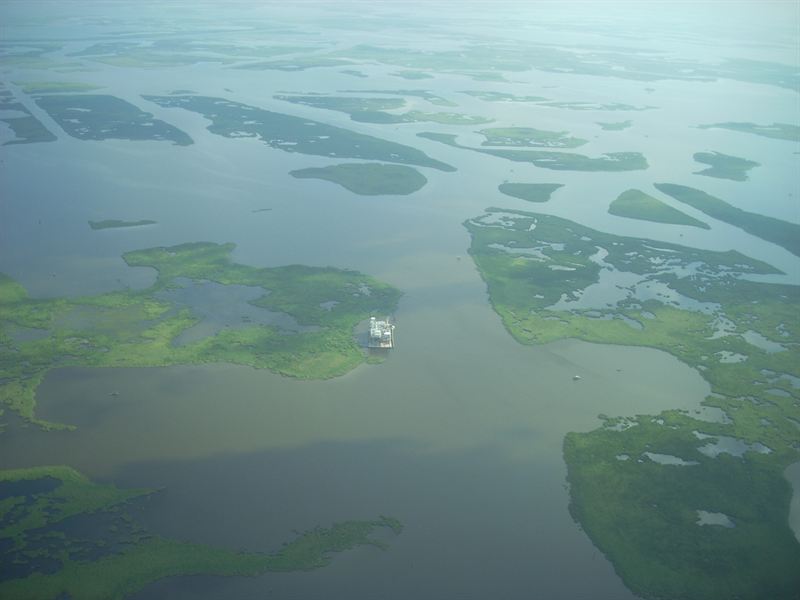 Strategies include restoring natural barriers to severe weather and adapting to sea-level rise.

TROY, Mich. – For generations, Brenda Dardar Robichaux and her family have lived along the bayous of southeast Louisiana. They depend on fish, crabs, shrimp, and oysters from the Gulf of Mexico to earn a living. They have deep ties to the homeland of the United Houma Nation, a 17,000-member Native American tribe that Robichaux, a former chief, led for 13 years.

But man-made and natural hazards threaten the Houmas and other Gulf Coast communities. Environmental disruption tied to navigation and flood control on the Mississippi River, and oil and gas drilling have changed the landscape and weakened the natural systems that long buffered Gulf Coast communities from severe weather.

“Our tribal communities along the bayous used to look out the back doors of their homes and see land, but now they see only water,” says Robichaux, who lives in Lafourche Parish. “When hurricanes come into the Gulf, there are no natural barriers to slow them down and protect our communities.”

The construction of flood-control levees and the practice of dredging shipping lanes robbed coastal wetlands of sediment and important nutrients. The canals that energy companies cut through coastal vegetation to position drilling rigs and lay pipelines similarly undermined the ecosystem.

“People now have to make a tough, emotional decision about whether to leave and relocate to higher ground or to remain in our traditional communities and make the modifications we need to survive,” Robichaux says. “We’ve been the first ones impacted, but it’s not going to stop with us. Unless something is done, we’ll see continued coastal land loss and impacts on other communities.”

Coalitions of nonprofit environmental, advocacy, and anti-poverty organizations ― including three funded by The Kresge Foundation ― have joined forces with community groups, business leaders, and government agencies to help.

Together, the coalitions hope to stem, or possibly reverse, the loss of land, wildlife, fisheries, settlements, and livelihoods in the Mississippi River Delta and the Louisiana and Mississippi Gulf Coast areas.

The Gulf Restoration Network is working with affected communities to develop plans for storm protection and disaster preparedness that would make Gulf Coast settlements more sustainable.

A coalition of public-interest and environmental groups, the Gulf Restoration Network is now focused on New Orleans’ Ninth Ward and Lafitte, La. It’s partnering with two other Louisiana groups to implement a defense strategy that includes: the restoration of natural buffers, such as wetlands and ridges; the construction of levees and floodgates; the elevation of housing and infrastructure above potential storm-surge levels; and the designation of evacuation routes to allow residents to move from harm’s way.

“Communities in the Gulf Coast area are Ground Zero for sea-level rise and will feel the worst effects, so it’s important to start planning now,” says Cynthia Sarthou, the network’s executive director. “This comprehensive approach would allow people to live with some level of flooding and storm damage without losing everything.”

Flooding this past spring led the U.S. Army Corps of Engineers to spillways to divert Mississippi River water that threatened Baton Rouge and New Orleans.

“This flood event provides a rather scary reminder that the potential for increased flooding and sea-level rise associated with climate change makes it imperative that we learn to live with the water surrounding us,” Sarthou observes.

The Environmental Defense Fund is working to restore degraded natural wetlands, strengthen the economy of Delta communities, and promote changes in public policy, river management, economic investment and other areas. The science-based advocacy organization plans a world-wide design competition that will invite scientists and engineers to re-envision the Mississippi River diversion and navigation systems, as well as community infrastructure, and wetlands. The goal is to promote revitalization and resiliency of the landscape, people, and economy.

“We’ve lost 2,300 square miles of wetlands, an area the size of Delaware, since the 1930s, and this has undermined traditional fishing, culture, and rural communities,” says Paul Harrison, the Environmental Defense Fund’s senior director for the Mississippi River. “By managing the river system differently, we can reconnect it to the wetlands and restart the land-building process while still maintaining energy production, shipping, and fishing. The challenge is adapting to a new way of doing business in a self-sustaining manner.”

“We’re introducing demonstration projects and getting people involved in advocacy,” says Minor Sinclair, director of the U.S. regional office. Examples include Oxfam’s support of a training program to help oystermen work in ecosystem restoration, and the construction of seven structurally reinforced, elevated “Lift” houses. The design represents an adaptation in the built environment.

“If no action is taken, the prospects for the Gulf Coast communities are dire,” Sinclair says. “However, if we take concerted action, we can reverse wetlands destruction, maintain and create jobs, and help people adapt. For us, it will be a changed human environment, but we will continue to see prosperous communities in the bayous.”

John Nordgren, senior program officer for Kresge’s Environment Program, says the foundation supports organizations that use a combined natural systems-human systems approach to climate-change adaptation. “We see the work of these groups as complementary,” says Nordgren. “We’ve tried ― through our grantmaking ― to encourage and increase their capacity to work together toward the common goal of building more resilience into Gulf Coast communities, both natural and human.” 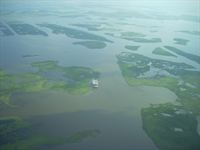 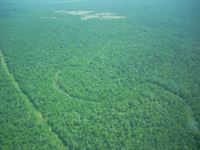 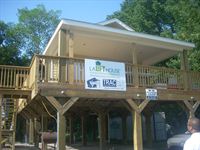