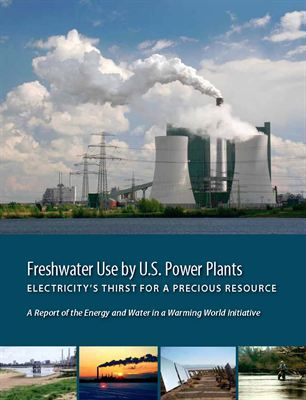 Climate change exacerbates and is exacerbated by what Kresge-supported research describes as an ‘energy-water collision.’

TROY, Michigan – A scarcity of fresh, clean water is recognized as one of this century’s biggest challenges – with increasing temperatures, droughts and extreme storms linked to climate change expected to make the problem even worse.

Many Americans are responding by installing low-flow showers and toilets, planting gardens that need little water and otherwise reducing their household consumption. However, most people probably don’t know that they are using more water by turning on lights, computers and electrical appliances than by washing dishes and cars.

As a new report details, electricity generation in the U.S. consumes and affects vast quantities of water – approximately as much as agriculture and more than municipal uses.

This creates what the Union of Concerned Scientists-led report refers to as “an energy-water collision.” First, the authors write, power generation exacerbates escalating water crises; then, water crises threaten the reliability of our power supply.

Entitled “Freshwater Use by U.S. Power Plants: Electricity’s Thirst for a Precious Resource,” the report is the first of several planned by the Energy and Water in a Warming World initiative, a collaboration led by UCS.  Kresge’s Environment Program provided $750,000 over two years to support the research.

The effort represents the first systematic assessment of the effects of power plant cooling on water resources in the U.S., says John Rogers, senior analyst for the group’s Climate and Energy Program.

“We’ve found that we’re largely flying blind,” Rogers says. “We, as a society, haven’t had a good handle on just how much water we’re using and where.

“That really matters when you’re trying to understand the impact of not just new power plants, but also the existing fleet. Which plants are we going to upgrade, which are we going to retire? These are decisions we have to make based on a whole lot of factors,” he says. “We want to make sure water is one of them.”

The report highlights ways drought and heat in recent years have threatened power plant operations across the country.

For example, the record-setting drought and heat wave in Texas this past summer forced power generators to reduce operations. Those plants also had to divert water from other rivers as their usual sources had dried up. If the conditions had persisted much longer, utility experts said, large sections of the electric grid could have been at serious risk.

“Water is an important component in Kresge’s program strategy because changes in precipitation are the earliest and most important impacts of climate change,” says John Nordgren, senior program officer on the foundation’s Environment team. “People and nature both will feel the impacts of climate through water-related impacts, whether through drought, floods, or changes in the timing of water cycles.”

Focused on mitigating the severity of climate change and preparing for its unavoidable impact, the Environment team’s portfolio includes funding efforts to inform and promote thinking that accounts for changing conditions.

“The Energy and Water in a Warming World project comes at a critical time for two reasons,” Nordgren says. “First, the fact that our energy and water resources are so closely linked has not been widely recognized. Second, government and private industry have done a poor job of tracking this connection. By quantifying the impacts of energy decisions on water resources, and factoring in climate change projections, UCS has greatly improved our capacity to make good decisions about energy and water resource policy and investments in a changing climate.”

In a coming report, the UCS will catalog the water impacts of different types of renewable- and fossil fuel generation. 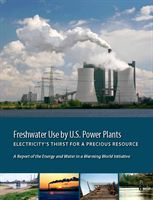