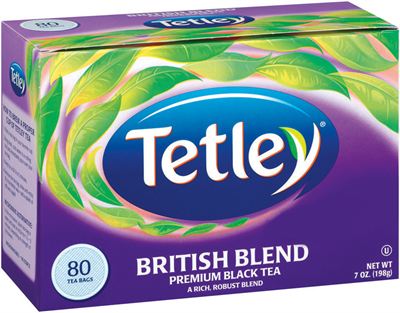 Tetley USA is celebrating the first birthday of Prince George of Cambridge with a special offer: free tea for their Facebook fans named George! On July 22, 2014, fans who have “George” somewhere in their legal first, middle, or last name as shown on their Facebook profile can post their own baby picture on Tetley USA’s Facebook page. In return, the beloved British tea brand will gift them a box of Tetley British Blend!

Few things are more British than tea, and insights show that Tetley USA’s Facebook fans enjoy hearing news about the Royal Family. The giveaway continues the brand’s social media connections to the House of Cambridge – including previous promotions surrounding the prince’s birth and Will & Kate’s wedding anniversary.

“We hear that the royal baby’s birthday celebration is expected to be a tea party, so we wanted to give our fans a chance to join in the fun,” said Marc Birnbaum, Marketing Executive at Tetley Tea. “It’s our version of a virtual tea party.”

To claim their free box of Tetley British Blend, Facebook fans of Tetley USA who have “George” somewhere in their legal first, middle, or last name as shown on their Facebook profile must post their own baby picture on the brand’s wall at ( www.facebook.com/tetleyusa <http://www.facebook.com/tetleyusa>  ) on July 22, 2014. Posts must be made by midnight EDT. Tetley USA will send qualifying fans a coupon for a free box of Tetley British Blend tea. (This giveaway is limited to US residents only. Tetley USA reserves the right to verify identity.)

Tetley has been known as an industry leader in creating a variety of delicious teas since it began producing tea over 170 years ago. Tetley is now part of Tata Global Beverages, which also includes award-winning Eight O¹Clock Coffee and Good Earth Tea. Tetley has a long-standing relationship with the Ethical Tea Partnership ­ an organization that drives change and helps create a thriving global tea sector that is socially just and environmentally sustainable. All Tetley branded tea, including flavored and decaffeinated varieties, will also be part of the Rainforest Alliance certification program, which is scheduled for completion by 2016. To learn more about Tetley Tea, visit www.TetleyUSA.com, become a fan on Facebook at www.facebook.com/TetleyUSA and/or follow @TetleyUSA on Twitter. 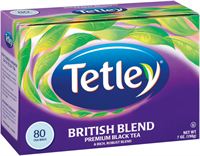