A unique collection of poems enriched by various languages 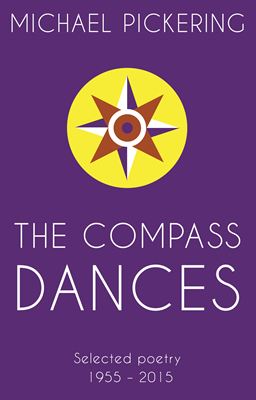 Oxford author and Finnish citizen Michael Pickering brings us a lifetime's body of poems, influenced by his long absence from England

“In a poem, the images of sound and meaning are compressed. Really little goes to waste. Read it, re-read it, and what you remember is not just something said, but something said in a certain way. Think of it as the sculpting of language into meaning with the gestures of thought," says Michael Pickering, in his introduction to The Compass Dances, comprising poems written from 1955 to 2015.

It is a strikingly original collection, enhanced by Michael’s familiarity with more complex languages than English (notably Finnish) and simpler and more familiar languages (notably Italian). MIchael was born in England, He studied at the universities of Oxford, Birmingham, Manchester, Toronto and Lancaster, and has worked as a linguist and teacher in England, Italy and Finland.

Influenced by the author’s long absence from England, this strikingly original collection provides unique examples of parallel composition in two languages. With a nod to postmodernism, the process of authorial construction is at times deliberately exposed, and footnotes and endnotes are used to signpost the reader and provide insight into the inspiration behind Pickering’s writing. There are also many poems whose compelling inner force needs no explanation, and that appear to have sprung fully formed from the mind of their creator.

Review copies of The Compass Dances are available on request, and Michael is available for interview.