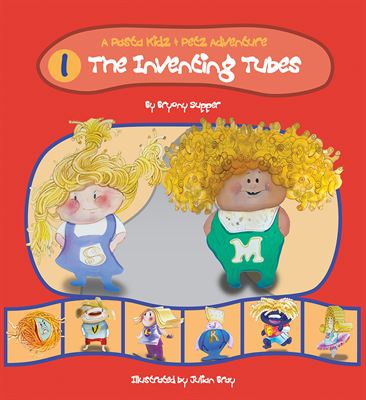 'The Pasta Kidz™ and Petz Adventures' feature a motley crew of pasta characters enjoying their fun, educational adventures in an inventive and zany new world!

The pasta-themed Kidz, all hand-drawn in beautiful detail by illustrator Julian Bray, including Sarah Spaghetti, Rikki Ravioli and Camilla Cannelloni (left), are accompanied by their creative Petz – Mumbo the Macaroni Dog, Spud the Spaghetti Horse and Val the Vermicelli Snake (below left). The gang join together in unusual circumstances, engaging with strange magical objects that have a life of their own. The songs, music and humour are told in a specially invented pasta language – say Spaga Spoodle Spo (Hello!) to a inventive and fun world for young readers!

The plots and messages reinforce how the Kidz are unique, with different personalities and their own needs. Each tale is underpinned by a moral message and shows how the Kidz help each other, usually with their own individual Petz, and throughout the series we see how their personalities and friendships develop especially when encountering new characters.

In The Inventing Tubes, the first Pasta Kidz™ adventure in a series of up to forty books, Sarah Spaghetti and Marc Macaroni try their hand at inventing fun objects – and get a very grumpy Pastaball to play football with. But Sarah proves that the sport is not just for boys and she tries her hand at inventing her own ball! Every highly-branded Pasta Kidz™ and Petz story, illustrated in beautiful, full-colour detail, will both inform and entertain young readers. The characters have attracted interest from Pinewood Studios, the home of James Bond and Star Wars films.

Bryony Supper trained as a professional actress at the Drama Studio, Ealing. From there she went into Repertoire, always playing comedy roles and has a wide range of experience from The Rocky Horror Picture Show to being a regular on ITV’s Gimmee Five with Ant and Dec. Bryony is available for interview, and review copies of The Inventing Tubes are available on request. 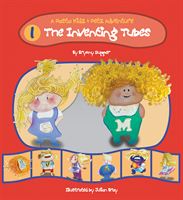 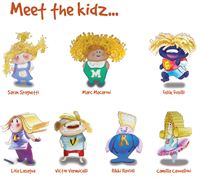 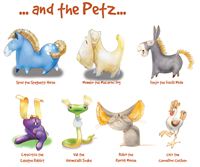