Fast Forward: Music and Politics in 1974 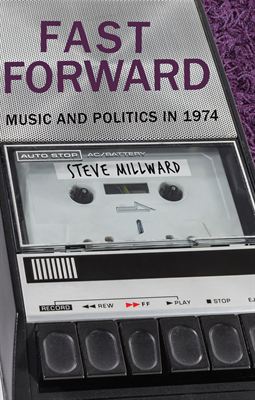 Steve Millward’s latest book about the music and politics of our time, and how they interweave, focuses on a troubled but pivotal year

Manchester-based author Steve Millward has concluded his trilogy of books focusing on the period from 1964-1974 with the release of his new book, Fast Forward: Music and Politics in 1974. “It was a period of tumultuous change,” observes Steve, “the repercussions of which are still being felt today.”

1964-1974 was an unsettled decade. In the first two books of his ‘Music and Politics’ trilogy, Steve Millward traced how the optimism and adventure of 1964 had, by 1970, soured into frustration and uncertainty. As in the previous volumes, Millward links major political developments such as the energy crisis, Watergate, the troubles in Northern Ireland and the rise of the National Front to trends in rock, jazz, folk and classical music. He also explains the part played by music in the revolutions across Africa and in the struggle for civil rights in the USA.

James Brown, Neil Young, David Bowie and Bob Marley are among the major names featured, but there is also discussion of the multitude of artists who made crucial but less celebrated contributions, including Millie Jackson, Steve Reich, Billy Cobham and even the poet laureate John Betjeman. Precursors of punk such as Patti Smith, The Ramones, Dr Feelgood and Kilburn and The High Roads are also examined in detail. Finally, Millward weaves into the plot sporting events like the World Cup and the Rumble in the Jungle and the host of excellent films released during the year.

Steve Millward is a music writer whose books From Blues To Rock (with David Hatch) (Manchester University Press, 1989), Changing Times (Matador, 2013) and Different Tracks (Matador, 2014) have all received critical acclaim. He has contributed to a wide range of periodicals and his broadcasting experience includes two years as BBC Radio 5’s ‘pop pundit’. He is currently available for interview, and review copies of Fast Forward are available on request. 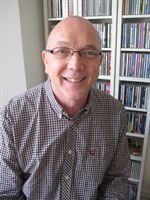