From the pages of a charming children’s book to the catwalk – discover Plonk, Hussein Chalayan’s unlikely muse 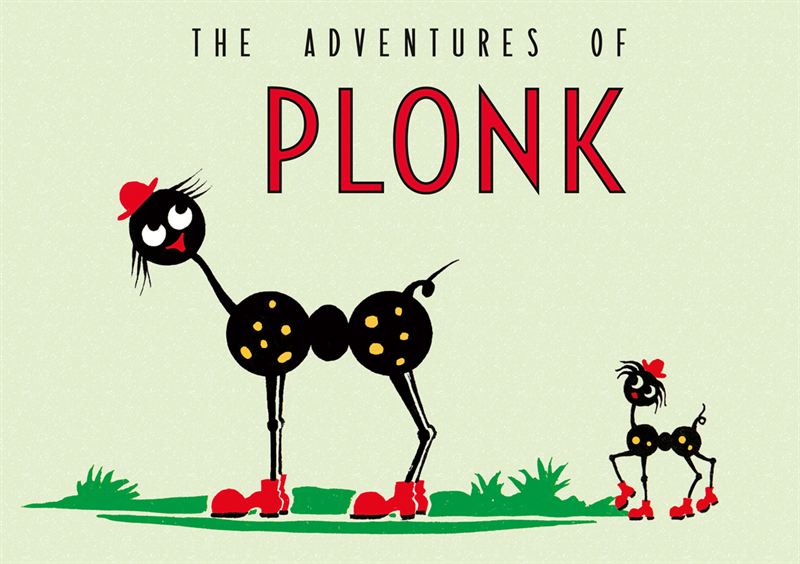 The late writer and artist Joan M. Davies’s most famous children’s book, The Adventures of Plonk, is back in a brand new edition. “My mother’s book first went on sale in 1944,” explains Elizabeth Gordon, Joan’s daughter. “I remember her telling me she had to sign mountains of copies, never imagining that the book would have been such a success and sold all over the world at the time.”

Not content with staying on the pages of books, Plonk has also recently made his fashion debut. The esteemed fashion designer Hussein Chalayan MBE contacted Elizabeth to ask permission to imprint some of Joan's illustrations on his designs. Plonk went on to appear on clothing shown in his Spring/Summer 2016 collection, ‘Pasatiempo (Cuba Calling)’.

Plonk is an adorable little creature who lives on a magical island, far away from our world. As far as he knows, he is the only one of his kind.

His island has lots to keep him occupied: beautiful beaches to play on, the warm sea to swim in and ponds to go ice skating on in the winter. However, life on the island can be lonely. Lots of ships pass by his island, but none ever stop to pay him a visit, which makes Plonk very sad.

Life takes a turn for the worse when he is captured by a wicked witch and becomes her servant. Managing to escape, he is then promptly captured by a pony-man, who makes him give rides to children on the beach. Will he ever make it home again?

“I hope that the children who grew up reading the original book, as well as those who saw Plonk on the catwalk would be interested in finding out his history,” observes Elizabeth.