Janet Baird speaks of her experience of Interstitial Cystitis 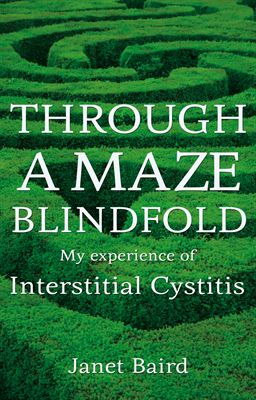 Janet speaks of the years lived for years with undiagnosed Bladder Pain Syndrome (BPS), or Interstitial Cystitis (IS) before finally getting the diagnosis and treatment that she required.

Janet has suffered from undiagnosed Interstitial Cystitis (IS) for the majority of her life. It has taken over 29 years for her to receive the treatment that she has needed. As Janet grew older, her symptoms worsened and in her early twenties was told she may only have two years to live.

Janet was told her disease was imaginary by more than thirteen NHS hospitals and even lost touch with her family and friends as a result. It wasn’t until Janet took it upon herself to study iridology that she begun to understand her illness and what had caused it. In 2002 she uncovered the truth and discovered why so many medical professionals had dismissed her. Janet has vowed to help as many women as possible to get the treatment that they need. She hopes that this book will encourage others to fight for their wellbeing and health, plus recognise the symptoms of IS/BPS.

Through a Maze Blindfold is a real-life account of Janet’s struggles. It will help women to recognise the symptoms of IS/BPS and will advise women on how to get the help and treatment that they need.

Janet Baird currently works as a complementary therapist. She has acquired diplomas in Dietary Therapeutics and Iridology. Janet is also a registered Bach Flower Practitioner and is the local co-ordinator for The Cystitis and Overactive Bladder Foundation in her spare time. She is available for interview, and copies of her story, Through A Maze Blindfold, are available on request.