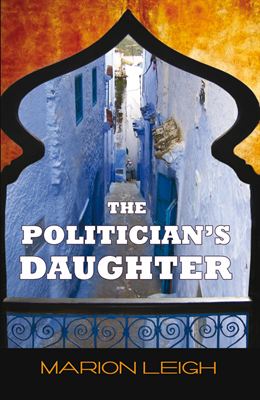 “Now that Matador, the publisher of Dead Man’s Legacy, is distributing The Politician’s Daughter, it should be easier for fans to obtain both books. Although part of a series, they are designed as stand-alones and can be read in any order,” adds Marion.

In The Politician’s Daughter, Emily Mortlake, the daughter of a prominent Canadian politician, disappears after taking a summer job aboard megayacht Titania. RCMP Marine Unit Sergeant Petra Minx is recalled from vacation to investigate.

Faced with a strict ban on publicity, Petra decides to go undercover. She applies for a hostess position on Titania, the last place Emily was seen. There, Minx discovers her old friend Carlo, who now works with Interpol, posing as a bartender. Surprisingly, no one denies Emily was aboard the yacht, but the stories surrounding the reasons for her departure vary...

This well-choreographed adventure, set in the Mediterranean, features a lively young female protagonist and an array of colourful characters. Review copies are available on request, and Marion is available for interview.