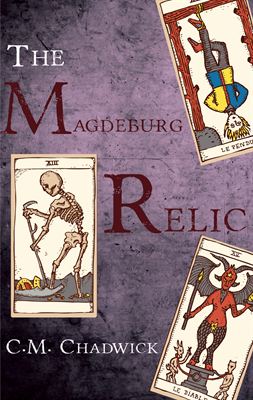 Set in Wiltshire, a county characterised by a feeling of former civilizations, The Magdeburg Relic follows the story of Callum Dood, a vicar and occult investigator who uncovers the conflicting forces of paganism and devil worship. Dood must battle a cult of Satanists for possessions of the Magdeburg Relic, relics of Adolf Hitler intended to be used for occult purposes. When a gateway to the underworld is opened by the Satanists, who hope to release legions of the Fuhrer’s former followers, Dood enlists the help of a pagan group in order to defeat his opponents.

“My book is a serious attempt to write a heavyweight occult novel,” says C. M. Chadwick, “it will be of particular interest to those who enjoy adventure stories that explore aspects of the paranormal, paganism and black magic.”

C.M. Chadwick was brought up in Sussex and was educated in various universities in London and Cambridge. After graduating, he worked in scientific research and education for many years. He is available for interview on request, and review copies of The Magdeburg Relic are available on request.