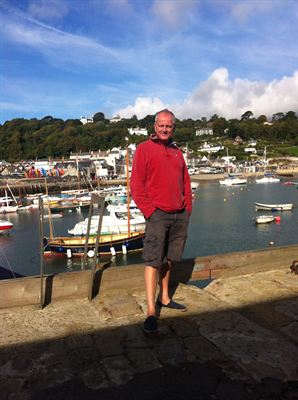 Dorset author Peter Breakspear will have his sci-fi novel End Point published by Matador, who held the competition in conjunction with Writing Magazine

In October 2015, Writing Magazine announced a competition for one lucky author to have their book published for free by Matador. Weymouth author Peter Breakspear entered his gripping sci-fi novel, End Point, and beat off over a hundred other contenders to win the prize.

Chosen by Writing Magazine’s editor Jonathan Telfer and Matador’s Managing Director Jeremy Thompson, End Point will be published in August, accompanied by a series of articles in the magazine. Peter’s novel was selected as the overall winner due to its quality of writing and its unusual twist on conventional sci-fi themes. “Peter’s entry was well presented, ticked all the boxes and made us want to read on,” commented Jeremy.

Peter, whose wife persuaded him to enter the competition, comes from a background in writing – having previously published technical articles about armoured vehicles – and was delighted to have won the competition. “No-one was more surprised than me!” Peter admits. “This is a huge departure for me and has taken a lot of time and many rewrites to get this far – but it’s all been worth it. I hope people enjoy the book.”

End Point will be published and produced as a paperback and ebook under the Matador imprint, with all pre-press work, printing, distribution, ebook conversion and marketing included. Work on the book is well underway, with the cover being designed and approved, the typesetting completed and the first stage of the marketing having been carried out.

Both formats of End Point will be published officially on 28th August 2016; review copies of the sci-fi novel will be available from the end of May and Peter is available for interview.