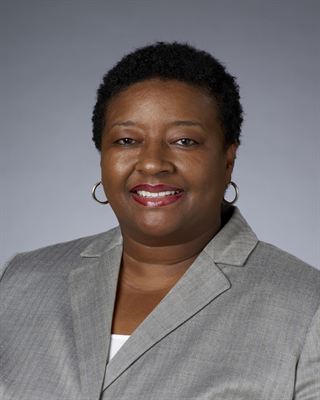 Hudson is responsible for negotiating collective bargaining agreements impacting nearly half of Southwest’s 39,000 employees. Southwest Airlines is the most unionized airline in the country with more than 85 percent of its employees represented by a labor union.   A seasoned leader, Ms. Hudson oversees four of the carrier’s Labor Relations teams whose primary responsibilities are to serve as advocates for Southwest in minor labor disputes, contract interpretation, and ensuring compliance with certain Human Resource regulatory requirements.

During her 21 years at Southwest Airlines, Hudson has served as Corporate Recruiter, Base Manager, and Director of Strategic Planning, among other roles. She spearheaded the company’s first ‘Women in Leadership Conference’ hosting 100 of the company’s established Managers and Directors providing workshops and panel discussions focusing on optimizing Leadership skills, serving employees, and preparing for the company’s future.  Hudson currently serves on the board of Texas Labor Management Conference, a not for profit organization committed to enhancing Management/Union relationships.  An Illinois native, Hudson attended Western Illinois University and Chicago State University.

“Hudson is a talented business leader whose professional involvements serve as evidence to her commitment to preparing the next generation of leaders. We are extremely pleased to have her join the board,” said Jim Clifton, chairman of the TMCF board of directors, and CEO of Gallup.

The Thurgood Marshall College Fund is rallying towards its 25th Anniversary Celebration taking place October 26-30, 2012, which will include its 12th Annual Leadership Institute and Recruitment Fair and the 25th Anniversary Awards Gala.  The Leadership Institute will host 500 students from all across the country who attend a TMCF member-school.  The Gala will be an amazing evening as TMCF hosts a crown of nearly 1500 people, honor four amazing leaders in

the corporate industry and have a special performance by music icon, Wyclef Jean.  For more information about both events, visit www.thurgoodmarshallcollegefund.org.

“Southwest Airlines has always been a major supporter of TMCF assisting with student travel for the Leadership Institute, and having Ms. Hudson join our board during this celebratory year is a tremendous asset to the organization, and we look forward to doing more with the airline in the future,” says Thurgood Marshall College Fund President & CEO Johnny C. Taylor, Jr.

Southwest Airlines, one of the most honored airlines in the world, is the nation's largest carrier in terms of originating domestic passengers boarded. Southwest currently operates more than 3,400 flights a day and serves the communities around 76 airports in Southwest's network of domestic destinations.

ABOUT THE THURGOOD MARSHALL COLLEGE FUND

The Thurgood Marshall College Fund (TMCF) is named for the U.S. Supreme Court's first African-American Justice. Established in 1987, TMCF supports and represents nearly 300,000 students attending its 47 member-schools that include public Historically Black Colleges and Universities (HBCUs), medical schools and law schools. TMCF helps students with a clear intention and the motivation to succeed and acquire a high-quality college education at an affordable cost. TMCF also efficiently connects high performing, world-ready students with top tier employment opportunities—access that students or employers might not have on their own. Through its scholarships and programs, TMCF plays a key role in preparing the leaders of tomorrow.  TMCF is a 501(c)(3) tax-exempt, charitable organization. For more information about TMCF and its initiatives, visit: www.ThurgoodMarshallCollegeFund.org

The Thurgood Marshall College Fund (TMCF), named for the U.S. Supreme Court's first African-American Justice, was established in 1987. TMCF supports and represents nearly 300,000 students attending our 47-member schools, which include public Historically Black Colleges & Universities (HBCUs). TMCF's work is critical to guaranteeing our country a robust and diverse pipeline of talented workers and future leaders. TMCF achieves its vision of Changing the World . . . One Leader at a Time by focusing on: Scholarships, Capacity Building & Programmatic Support, and Public Policy & Advocacy. TMCF is a 501(c)(3) tax-exempt charitable organization and has a "Four Star" rating by Charity Navigator. For up-to-the-minute information about TMCF and its initiatives, visit: www.thurgoodmarshallcollegefund.org. 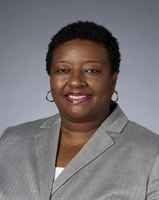