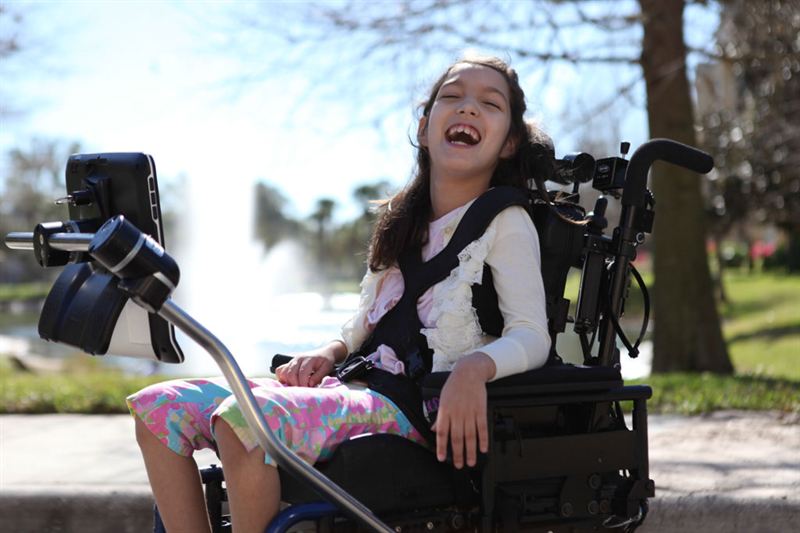 Tobii I-Series enables effective communication in all forms, making independence a reality for those who need it most.

Today’s announcement introduces two new purpose-built speech-generating devices (SGD) – the I-12 and I-15 – which will begin shipping next month. The I-12 emphasizes portability with a 12-inch capacitive touch screen, while the I-15 features a 15-inch capacitive touch screen and is ideal for users who require more screen estate to display detailed computer applications.

The I-Series harnesses the speed, power and accuracy of Gaze Interaction – Tobii’s unparalleled acute measurement of eye gaze – to provide freedom of expression and greater independence for users with communication difficulties. With the I-Series, users can engage in daily communication through speech, email, text messaging, social networking and phone calls. Users can also take and share high-quality photos, surf the Web, play games, access computer applications, and control their environment and other connected devices.

“Tobii has given me a tool that has changed my life. It has given me freedom to say whatever I want to say when I want to say it,” said Ryan Carter, Tobii user and I-Series beta tester. “I can now make phone calls and text, get on the Internet and look up what I want to. I can control my TV with it – and that's a big deal for me! I can communicate quickly and effortlessly now.”

“The I-Series brings about numerous game-changing innovations to the assistive technology market, helping us all re-envision what an assistive device can do for our users,” said Oscar Werner, executive vice president of assistive technology at Tobii. “With the precision of Tobii’s Gaze Interaction technology, the I-Series gives not only voice to people who can’t speak but also a sense of control and greater independence. It gives people their lives back.”

About Tobii Technology
Tobii Technology is the global market leader in eye tracking and gaze interaction. Our products are widely used within scientific research and in commercial market research and usability studies, as well as by people with disabilities as a means to communicate and to access and control their computers. Today Tobii contributes with a wide range of Augmentative and Alternative Communication (AAC) products. www.tobii.com

About Tobii ATI
Tobii Assistive Technology Inc. is a wholly owned subsidiary of Tobii Technology. For nearly two decades, Tobii ATI has been helping men, women and children with disabilities such as autism, cerebral palsy, Lou Gehrig’s disease (ALS), muscular dystrophy, Rett syndrome and spinal cord injury lead fuller, richer lives. Through its total commitment to serving its customers — individuals, families, doctors, therapists, schools and rehabilitation centers — Tobii ATI has developed a reputation as an innovative and caring industry thought leader that continues to push the boundaries of what’s possible to deliver the most advanced, effective and empowering communications tools available for a wide array of disabled communities through award-winning eye-tracking and gaze-controlled hardware and software. Tobii is the global leader in eye-tracking and gaze interaction. For more information, please visit www.tobiiati.com.

Tobii is the global leader in eye tracking. Our mission is to improve the world with technology that understands human attention and intent. Tobii operates through three business units: Tobii Dynavox makes specially designed computers that are controlled by eye movement or touch screens for use by people with special needs due to spinal cord injuries, CP, ALS or other medical conditions. Tobii Pro develops and sells eye tracking equipment and services used today by more than 3,500 companies and 2,500 research institutions, including all of the world’s 50 highest ranked universities. Tobii Tech supplies eye tracking technology for integration into consumer electronics and other products such as personal computers, virtual reality headsets, healthcare applications, and more. Tobii is headquartered in Sweden and is listed on Nasdaq Stockholm (TOBII). The group has over 1,000 employees. For more information: www.tobii.com. 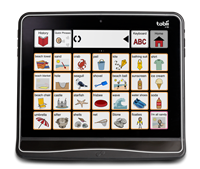