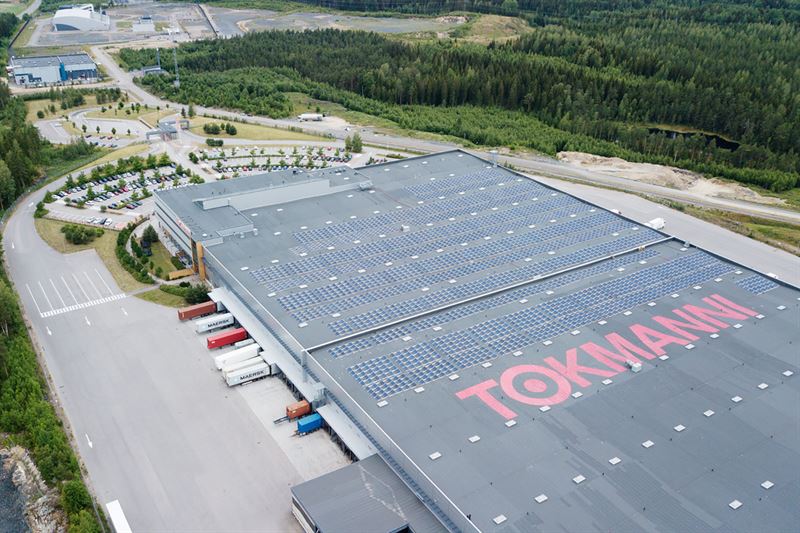 Tokmanni is further accelerating its long-term work to improve the sustainability of general discount retail by aiming to make its own operations carbon neutral by 2025.

The majority of the emissions arising from Tokmanni’s own operations are generated by heating and electricity for its properties.

Tokmanni aims to achieve its carbon neutrality target by 2025 by increasing the proportion of renewable heating and investing in modern energy-efficient solutions. Tokmanni will compensate for the remaining proportion of its emissions.

“Tokmanni has the genuine will and ability to further improve the sustainability of general discount retail over the long term. This is also our responsibility,” says Emilia Koski, Head of Corporate Responsibility at Tokmanni.

“We take climate change seriously and reducing climate emissions is one of our corporate responsibility focuses. Our carbon neutrality goal is yet another excellent example of our climate efforts,” Koski explains.

“We are focusing on where we can have the strongest impact – that is, the direct climate effects of our own operations. In practice, this means reducing the carbon dioxide emissions of our stores in particular.”

Tokmanni has a very practical approach to climate work. The company pays attention to various smart choices. For example, the electricity consumed by its stores is generated using solar power produced by Tokmanni or European wind power. Solar power plants consisting of several hundred panels have been installed on the roof of Tokmanni’s headquarters and logistics centre in Mäntsälä, as well as on the roofs of around 40 stores – that is, one in every five Tokmanni stores. These solar power plants have enabled Tokmanni to reduce its carbon dioxide emissions significantly, by 902 tonnes by the end of 2020.

“In addition to focusing on renewable energy, we have invested in recycling points for small waste electrical and electronic equipment and in modernising lighting. Around four out of five of our nearly 200 locations are already using energy-efficient LED lighting. Last year, new lighting was installed in nearly 40 Tokmanni stores,” Koski says.

Tokmanni has concentrated its key product transport operations with around ten long-term partners. The close cooperation enabled Tokmanni to maintain its greenhouse gas emissions from transports in 2020 at the same level as in 2015 in proportion to revenue.

“In transports, our common goal is to reduce emissions and other adverse climate impacts by optimising routes and loading capacity and by replacing equipment, for example.”

It is important for Tokmanni to examine the impacts of its operations extensively and reliably. In 2020, Tokmanni became a global pioneer by adopting climate targets officially approved by the Science Based Targets initiative (SBTi). With these targets, which are based on the Paris Agreement, Tokmanni supports the Business Ambition for 1.5°C campaign and contributes to limiting global warming to 1.5 degrees Celsius. The commitment is significant, as the 1.5°C target is the most ambitious in the Science Based Targets initiative.

Tokmanni is committed to reducing its absolute Scope 1 and 2 GHG emissions by 70% by 2025 from the 2015 baseline. Tokmanni is also committed to ensuring that 80% of its suppliers by spending, covering purchased goods and services, will have science-based targets by 2025. With this commitment, Tokmanni aims to reduce emissions not only from its own operations, but also from its products, services and supply chain.


More information about Tokmanni’s responsibility work is available at ir.tokmanni.fi/en/sustainability.


Calls to a corporate number beginning with 020 7 from a landline or a mobile phone are EUR 0.0835 per minute + EUR 0.1669 per minute (incl. VAT 24%). Calls from outside Finland are subject to an international call charge.


Tokmanni is Finland’s leading general discount retailer. Some 4,000 Tokmanni employees make customers’ everyday life and special occasions easier by offering a versatile and up-to-date assortment of Finnish and international brand-name products and other high-quality products at prices that are always affordable. With nearly 200 stores around Finland and an online store, Tokmanni is always close to its customers. Tokmanni’s revenue in 2020 amounted to EUR 1,073.2 million. Tokmanni shares are listed on the Nasdaq Helsinki.