Tokmanni to open new stores in Kittilä and Leppävirta – In addition, the TEX stores in Tornio and Kemi will become Tokmanni stores 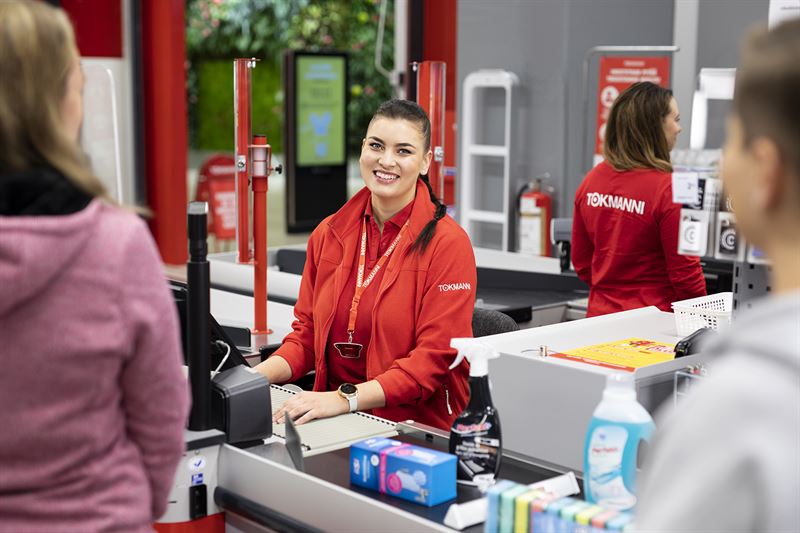 Tokmanni, Finland’s largest variety discount retailer, is celebrating three new Tokmanni stores this week by means of special offers and surprise buckets filled with product gifts. Tokmanni will open its largest store in Tornio and its northernmost store in Kittilä on Friday 3 December 2021 at 8 am. In addition, a new Tokmanni store will be opened in Leppävirta in the heart of the Savo region on 2 December 2021 at 8 am. The former TEX store in Kemi will be renamed Tokmanni this week, but it will have its opening celebrations next year. Of the newest Tokmanni stores, the Tornio and Kemi stores are also full-range grocery stores, whose selections include products requested by local customers, for example.

The total area of the Tokmanni store in Tornio is around 10,000 square metres, which is considerably larger than that of any other Tokmanni store. The Tornio store offers a very extensive and diverse selection of products related to beauty, health and wellbeing, interior decoration, cleaning, clothing, leisure, home electronics, home renovation and various seasons, as well as nonperishable foods, at very low prices, in the true spirit of Tokmanni. In addition, the garden department in connection with the store sells a wide selection of yard and garden products, such as plants, flowers and seasonal tools.

The Tokmanni store in Tornio is one of Tokmanni’s 18 full-range grocery stores. Its completely refurbished grocery department now offers around 8,000 food products, from fruit and vegetables to fresh fish. Other additions to its selection include various limited stock items and food products under Priima, one of Tokmanni’s private labels. Tokmanni also takes local customers’ wishes into account, and the Tornio store will continue to feature its popular fresh fish counter, as well as local products from the Tornion Panimo brewery and the Kinnusen Mylly flour milling company.

At the Tornio store, customers are served by around 35 Tokmanni employees under the supervision of Store Manager Virve Huhta from 8 am to 9 pm on weekdays, from 8 am to 8 pm on Saturdays and from 9 am to 7 pm on Sundays at Teollisuuskatu 14, 95420 Tornio.

“The exceptionally large size of our Tornio store enables us to present Tokmanni’s all-time largest product selection. We have refurbished some parts of our store in connection with our integration into the Tokmanni brand. In accordance with our customers’ wishes, we will continue to focus strongly on our grocery department, which is now more modern and attractive than before and, above all, has a more diverse and extensive selection,” says Timo Heimo, Vice President, Sales and Supply Chain at Tokmanni.

Tokmanni will further update the product selections and store concept of its Tornio store next year. A refurbishment project is also being planned for the Tokmanni store in Kemi, which has a total area of around 6,000 square metres at Kiveliönkatu 28, 94600 Kemi. This former TEX store now serves its customers under the Tokmanni brand, but it will have its opening celebrations next year after the refurbishment project.

Veli-Pekka Ääri, Vice President, Marketing and Communications at Tokmanni, will be present and available for interviews at the Tornio store on its opening day. Please request an interview in advance. 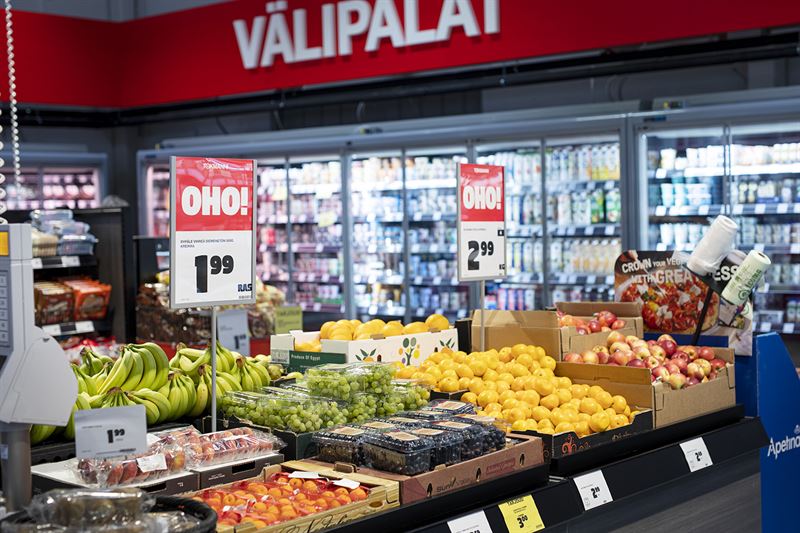 The Tokmanni store in Kittilä and the TEX chain stores in Tornio and Kemi, which will be converted into Tokmanni stores, will bring the variety discount retailer closer to customers and their daily lives in northern Finland. In addition, the new Tokmanni store in Leppävirta will offer a considerably wider selection than its predecessor. Unlike the Kittilä and Leppävirta stores, the Tornio and Kemi stores are also full-range grocery stores. The picture above is from Tokmanni in Mäntsälä, where the food department of the store was renovated last spring.

The northernmost Tokmanni is in Kittilä, close to the Levi and Ylläs fells

The Kittilä store has overtaken the Sodankylä store as the northernmost Tokmanni store. The Kittilä store serves customers in brand new facilities in the immediate vicinity of the junction between main roads 79 and 80, with good transport connections, around three kilometres from the centre of Kittilä and from Kittilä Airport. It is also close to two popular ski and tourist resorts: around 15 kilometres from Levi and around 30 kilometres from Ylläs. With a total area of around 3,500 square metres, the new Tokmanni store is designed to serve local residents, holiday residents and tourists alike.

The Tokmanni store in Kittilä offers a wide range of products in various product categories. Similarly to the Tornio store, it has a separate garden department. However, unlike the Tornio store, its selection of food products is limited to beverages and nonperishable foods, such as spices, flour, powders and tinned products. The modern and pleasant store has been designed in line with Tokmanni’s newest store concept, which emphasises quick and easy shopping. For example, the aisles are spacious, with comprehensive signage. There are also well-defined departments for different products.

Customers are served by around 15 retail professionals under the supervision of Store Manager Viivi Parikka on weekdays from 8 am to 8 pm, on Saturdays from 8 am to 6 pm and on Sundays from 11 am to 6 pm. The address of the store is Aakenuksentie 30, 99100 Kittilä.

“Our new store in Kittilä brings Tokmanni’s diverse offering closer to people living in the northernmost parts of Finland, as well as to the Levi and Ylläs ski and tourist resorts. We have a brand new store building, which contributes to ensuring a pleasant shopping experience,” Heimo says.

Mayor Antti Jämsen will bring greetings from the municipality of Kittilä to the opening ceremony of the Kittilä store on the morning of Friday 3 December 2021. In addition to the store personnel, Tokmanni will be represented at the event by CEO Mika Rautiainen and Regional Manager Toni Kauttio. Please request an interview in advance. 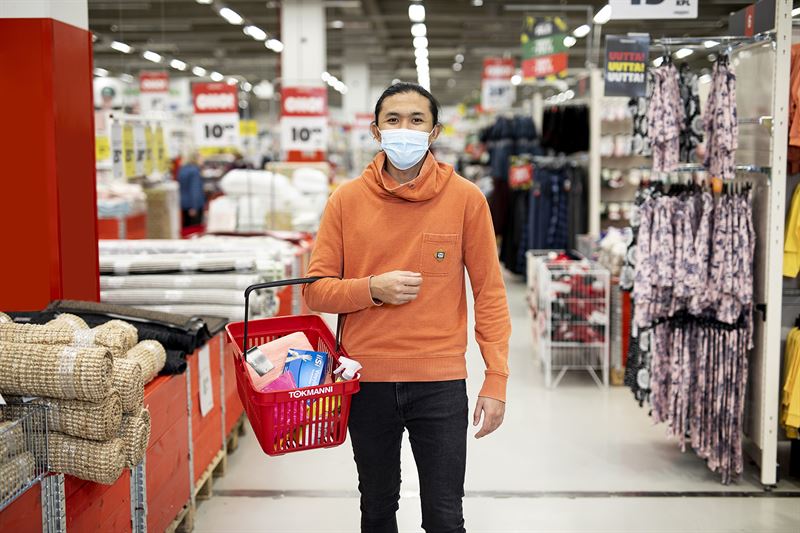 The store is located in the centre of the municipality at Leppävirrantie 16, 79100 Leppävirta. The new store replaces the old Tokmanni store in Leppävirta, which will be closed down at the end of its opening hours on 1 December. With a total area of around 2,700 square metres, the new store is almost four times larger than its predecessor (700 square metres). It offers a wide selection of products, in the same manner as the numerous Tokmanni stores of the same size, now for the first time in Leppävirta. The garden department in connection with the store is also a new addition in Leppävirta. Similarly to Kittilä, the Leppävirta store is located in a brand new building and has been designed in line with Tokmanni’s newest store concept, which emphasises quick and easy shopping.

“Thanks to the new store, which replaces our smaller store, we are now able to offer a delightfully comprehensive selection of products and services for the first time in Leppävirta. We are confident that the new, more spacious and pleasant store, as well as its more extensive selection, will be very well received among our customers,” says Heimo.

In addition to the store personnel, Tokmanni will be represented at the opening ceremony by Timo Heimo, Vice President, Sales and Supply Chain, and Regional Manager Nina Laukkanen. Please request an interview in advance. 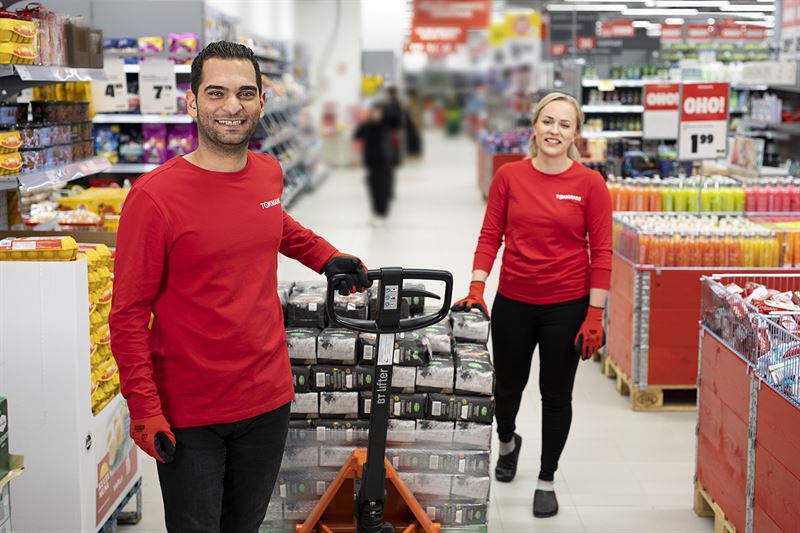 Sustainability is also a priority

Tokmanni also pays considerable attention to sustainability in its stores. For example, the Tokmanni stores in Tornio, Kittilä and Leppävirta have energy-efficient LED lighting. The Kittilä and Leppävirta stores also have a charging point for electric and hybrid cars. In addition, similarly to around 50 other Tokmanni stores, the Tornio and Leppävirta stores have solar power plants on the roofs, generating renewable, emission-free electricity. In Tornio, the solar power plant consists of 700 solar panels and generates around 145 MWh of electricity per year for the store. Leppävirta has 320 solar panels, with an annual capacity of around 97 MWh. The annual electricity production in Tornio corresponds to the annual electricity consumption of around 72 small apartments, and that in Leppävirta to the annual electricity consumption of around 48 small apartments (around 2,000 kWh per year). The buildings are connected to remote monitoring through automation, meaning that their HVACE settings can be monitored 24 hours a day and adjusted from the control room as necessary.

“We are preventing waste by optimising product order volumes and deliveries, for example. In addition, in all Tokmanni stores, customers can buy soon-to-expire food products at half price, starting two hours before closing time. In our full-range grocery department in Tornio, we have also replaced the refrigeration equipment with new, energy-efficient models,” says Heimo.

Tokmanni aims to expand its store network to more than 220 stores in Finland. With the stores being opened this week, Tokmanni now has 196 stores around Finland.


A list of the most significant changes to the Tokmanni store network between 2016 and 2021, as well as changes that will be implemented in the near future and that have already been announced, can be found at ir.tokmanni.fi/en/investors/tokmanni-as-an-investment/new_stores.


Tokmanni is Finland’s leading variety discount retailer. Some 4,000 Tokmanni employees make customers’ everyday life and special occasions easier by offering a versatile and up-to-date assortment of Finnish and international brand-name products and other high-quality products at prices that are always affordable. With nearly 200 stores around Finland and an online store, Tokmanni is always close to its customers. Tokmanni’s revenue in 2020 amounted to EUR 1,073.2 million. Tokmanni shares are listed on the Nasdaq Helsinki.