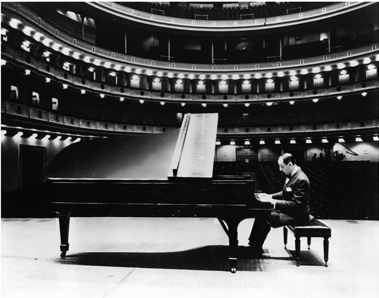 Vancouver, BC The legendary Steinway & Sons Model D Horowitz Piano continues its tour of North America with upcoming stop in Vancouver and Richmond Canada. The stunning piano—a nine-foot grand and one of Steinway’s most revered designs — will be showcased between November 16th and December 2nd 2012 at Tom Lee Music. The tour provides a rare opportunity for the public to see, hear, touch and even play CD 503, which is the fabled piano that accompanied classical titan Vladimir Horowitz (1903-1989) on tour. It was known to be one of Horowitz’s favorite instruments.

Horowitz, a Steinway Artist Immortal, is widely considered one of the greatest pianists of the 20th century. His colorful personality and astounding performances enthralled audiences for decades. Early in 1934, as a wedding present, Steinway & Sons presented Horowitz and his wife Wanda with a Steinway Model D, Serial #279503. In the early 1940’s, this piano was replaced with #314503, now known simply as CD 503. This is the piano Horowitz kept in his New York townhouse. He used it in many recitals and recordings in the 70’s and 80’s, and he famously demanded that the piano be his exclusive touring instrument during the last four years of his life, including for his triumphant return to the former Soviet Union for performances in Moscow and Leningrad in 1986.

Tom Lee Music invites you to their beautiful Steinway Showrooms on the following dates and locations:

Call today to schedule a 15 minute private appointment to play the Horowitz piano, have your photo taken with it, and receive an exclusive certificate.

About Steinway & Sons
Since 1853 Steinway pianos have set an uncompromising standard for sound, touch, beauty and investment value. Steinway remains the choice of 9 out of 10 concert artists, and it is the preferred piano of countless musicians, professional and amateur, throughout the world.
For more information, visit www.steinway.com.

Tom Lee Music has been bringing music making to the Greater Vancouver and Vancouver Island communities since 1969. With 9 retail locations in Lower Mainland Vancouver, Tom Lee Music is now one of the largest full-line musical instrument retailers in North America. Known for supporting the local music community, Tom Lee Music has received numerous awards in recognition of our dedication to music excellence and support of many community organizations. Tom Lee Music is the exclusive Steinway dealer in B.C. since 1978. For more information, visit www.tomleemusic.ca 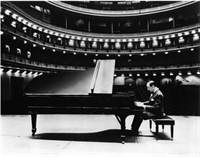