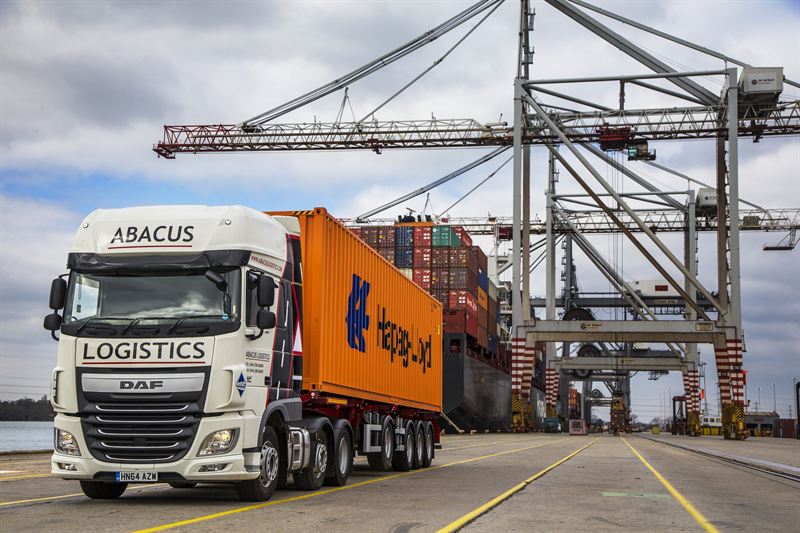 Container haulage specialist Abacus Logistics in Southampton has switched truck supplier with the delivery of two new Euro-6 DAF XF 460 FTG Super Space Cabs. The top-spec DAF flagships, powered by 460bhp PACCAR MX-13 engines, are already in service and returning an average of 9.3 mpg at 44-tonnes – an improvement of over 1.0 mpg over the company’s previous Euro-5 vehicles.

The trucks were supplied by local DAF dealer Adams Morey and with five-year Hire Purchase funding packages from PACCAR Financial. Having installed DAF Telematics on both XFs, Abacus is now rolling out the web-based driver / vehicle monitoring system, developed with Microlise technology, across its entire mixed-fleet of 25 artics.

“We’ve been mightily impressed with fuel consumption figures from such a powerful 13-litre engine in the DAFs,” said company director, Paul Carr, “big, we’re pleased to say, can be beautiful! Nine miles-per-gallon is a notable fuel milestone, particularly on our container work, and the figures speak volumes of the PACCAR MX-13 motor.

“We put our two most experienced drivers into the new XFs,” continued Carr, “and they are thrilled with their new Super Space Cabs. Our other drivers keep asking when they might be getting their new DAF XFs! Well, we will require some replacements later this year and I can tell those drivers that DAF will be high on our shopping list – and particularly if the funding package from PACCAR Financial remains so competitive.”

The company, which also provides shipping services and car import / export services in its portfolio, states that the overall quality of a truck ‘can only be measured alongside the standard of service support’ from the manufacturer, and accordingly, Abacus is ‘at the start of a very long relationship’ with DAF and local dealer, Adams Morey.

“Adams Morey is a dealer true to the principles of DAF support,” he said, “the service team is flexible, punctual and precise. I believe that the quality of any truck can only be measured alongside the standard of service support from the supplying manufacturer, and DAF certainly ticks all the boxes in that respect.

“We haven’t had the two new XFs very long,” he said, “but the quality of service and the high level of customer support we’re receiving would suggest that we’re at the start of a very long relationship with DAF and Adams Morey.” 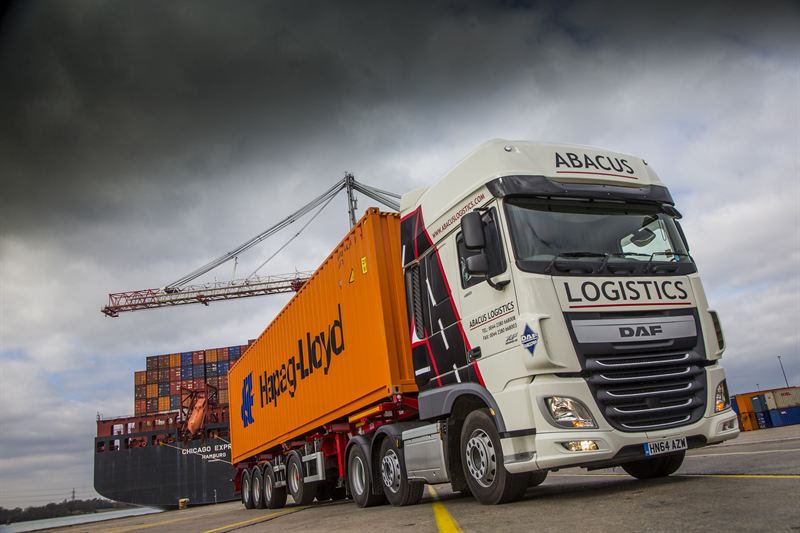