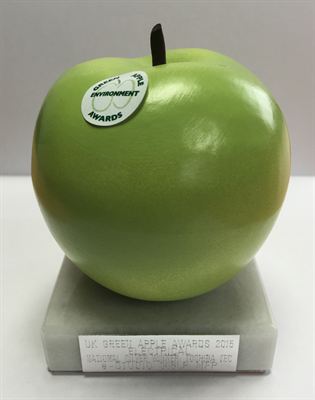 Toshiba TEC has been honoured as an International Green World Ambassador at a special presentation ceremony on Monday November 16th 2015 at the Houses of Parliament, London.

This recognition comes as a result of its eco-friendly MFP, the e-STUDIO306LP/ RD30, a multifunctional printing system and eraser unit, which significantly reduces paper waste and therefore provides cost savings.

“Toshiba’s new eco-friendly printing system has the potential to reduce paper use for printed documents by up to 80%. The system is another of those simple genius concepts that seem obvious once invented.  These -devices include an erasing system that clears paper of toner, giving at least five chances to reuse the same sheet of paper over and over again.”

As a result of that success, Toshiba TEC will have its winning whitepaper published in The Green Book, the world’s only annual work of reference on environmental best practice that is distributed to environment professionals, universities and libraries around the world by The Green Organisation.

The Green Apple Awards began in 1994 and are one of the few environmental schemes in Britain that have official status to act as an automatic feeder scheme into the European campaign.  The awards recognise environmental endeavour among companies, councils, communities and countries. 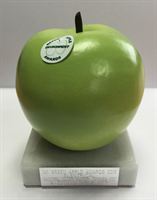