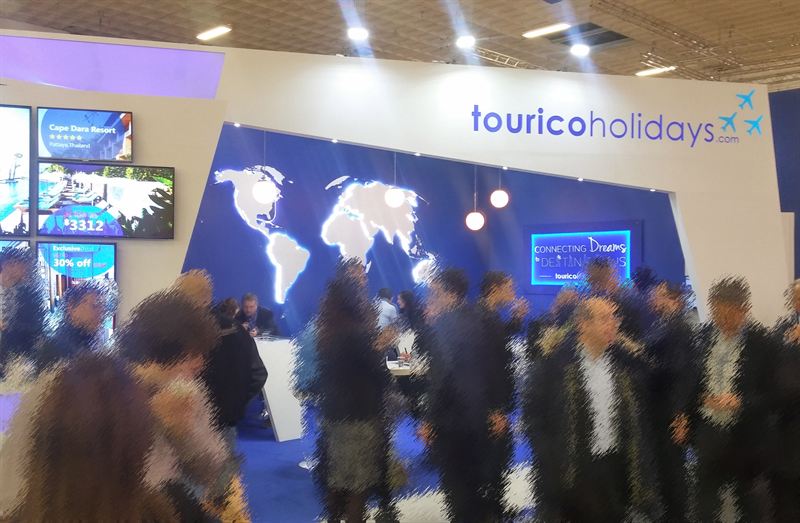 LONDON – November 2, 2016 – Tourico Holidays, the world’s fastest growing wholesale travel brokerage company, today shared fiscal results reporting a 300 percent revenue increase in the past five years in Europe and the Middle East. Tourico now has over 10,000 hotel partners in the EME region and demand for the company’s unique pre-purchased hotel rooms, or “ExclusiveDeals”, continues to grow – with bookings increasing 25 percent year-over-year in EME.

“The European, Middle East travel market is one of the most stable in the world and many of its biggest source markets – like the U.S. and U.K. – are actually increasing their demand,” said Mark Redmond, Vice President of the European Region for Tourico Holidays. “For example, after Brexit was announced we forecasted a 30 percent growth in UK room nights. Today, we’re predicting an even greater increase of 41 percent. In such a reliable travel region, we’ve continued to partner with more hotels and now have over 10,000 hotel options in Europe and the Middle East.”

Hotels are at the core of Tourico’s business, driving the company’s 300 percent revenue growth in EME over the last five years. However, the wholesaler has also greatly bolstered its ancillary inventory and bookings as well. Tourico now has over 3,000 different activities in the region and has increased its inbound EME activity bookings by over 375 percent in the last five years. In 2016, North America has increased its activity bookings to EME by 117 percent.

Tourico’s car rental inventory in Europe is also growing at an unprecedented rate. The company has direct-connect partnerships with SIXT, Hertz, Avis, Budget, Alamo, Enterprise, National and many smaller rental providers. By January 2017, Tourico will also have direct-connects with Eurocar and Keddy. Tourico clients have already booked more than 50,000 rental days in Europe in 2016 and U.S. car rental bookings to Europe have increased by 120 percent year-over-year.

Tourico Holidays has doubled its resources in Europe and Middle East in the past 18 months – with over 70 employees stationed throughout the region.

Tourico Holidays will be exhibiting its comprehensive lineup of travel offerings – including hotels, cruises, activities, car rentals, and vacation homes – at the World Travel Market from November 7th to the 9th.