Temple visits are a highlight of any trip to Thailand.

Temple visits are a highlight of any trip to Thailand. The ornate pagodas and golden Buddha images make temples must-see attractions with many options for visitors to choose from. There are several thousand temples dotted around Bangkok alone, making it easy to simply temple-hop in the capital city. But in a country with so many beautiful temples, it’s worth it to venture a little farther afield.Here, we invite visitors to take a step inside some of the most unique temples near Bangkok for an out-of-the-ordinary experience in off-the-beaten path destinations.  While there are dozens of temples near Bangkok worth a visit, most travellers won’t have time to see more than a handful. Here are a few unusual and eccentric temples that offer all visitors an experience that’s anything but ordinary. 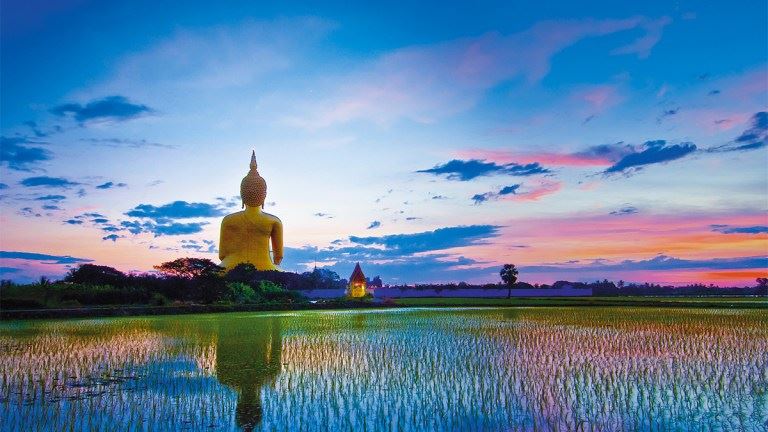 Ang Thong: Wat Muang is known for Thailand’s largest Buddha statue, which depicts a golden Buddha image amidst a vast green field. Large alfresco wall murals and sculptures illustrate the Vessantara Jakata, where monkey troops battle giants in the Ramayana, and the mythical elephant duel between Thailand’s King Naresuan the Great and the Burmese Viceroy. There is also a peaceful fish sanctuary for visitors to make merit by feeding the fish, or shop for popular Ang Thong handicrafts and souvenirs. 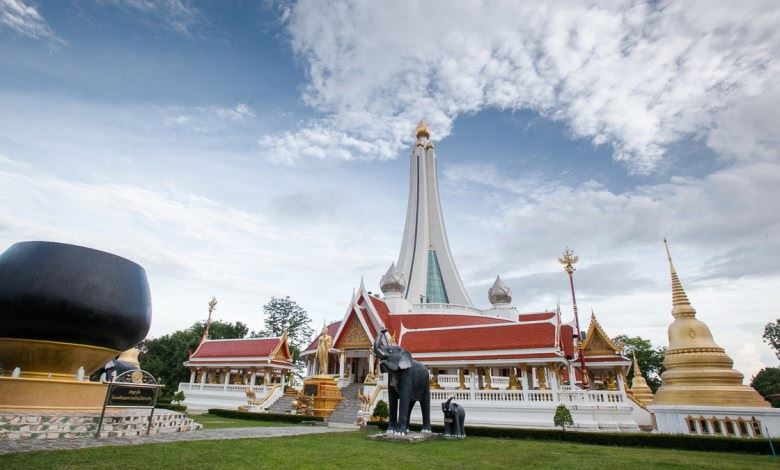 Chainat: Wat Nong Bua was first built in 1822 and includes a wihan housing Buddha images, lifelike statues of Luangpu Suk, Prince of Chumphon, and Luangpho Chat, a former abbot. In front of the wihan, there is also a large golden Buddha image in giving a blessing posture built on the occasion of the Fiftieth Anniversary (Golden Jubilee) Celebrations of His Majesty King Bhumibol Adulyadej The Great’s Accession to the Throne. 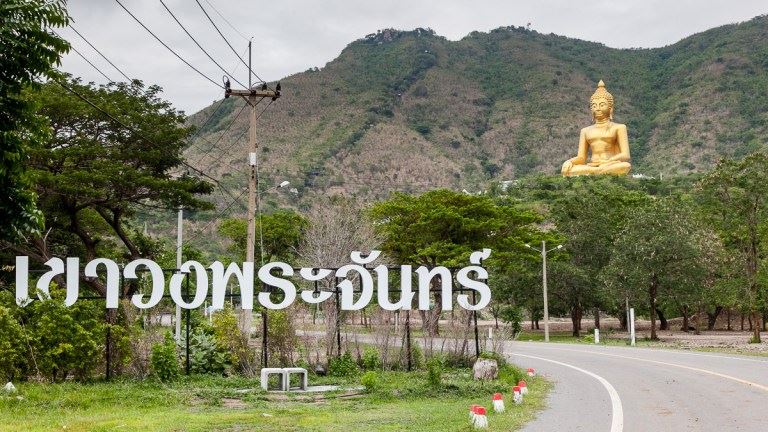 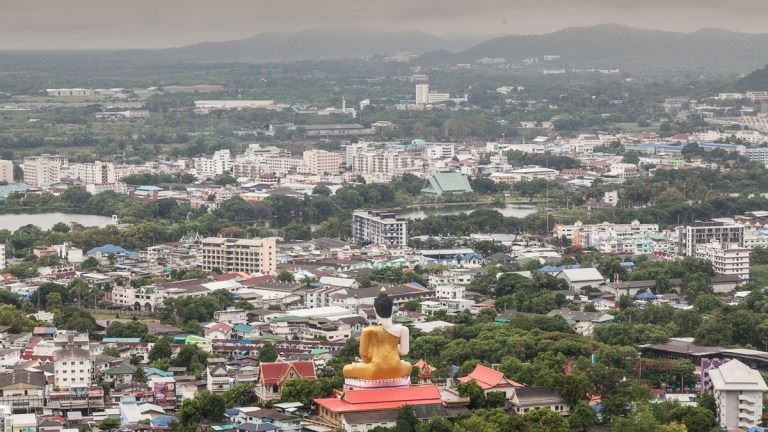 Nakhon Sawan: Wat Khiriwong – This sacred golden Phra Chulamani pagoda provides an awesome panoramic view of scenic Nakhon Sawan of up to 10 kilometres on a clear day. The massive temple site has something for every temple aficionado, including a zone for making merit. On the highest tier, there are stunning alfresco wall paintings depicting the life and enlightenment of Buddha. Outside, there is a statue dedicated to the monk Maha Bunrot who built this gigantic pagoda. 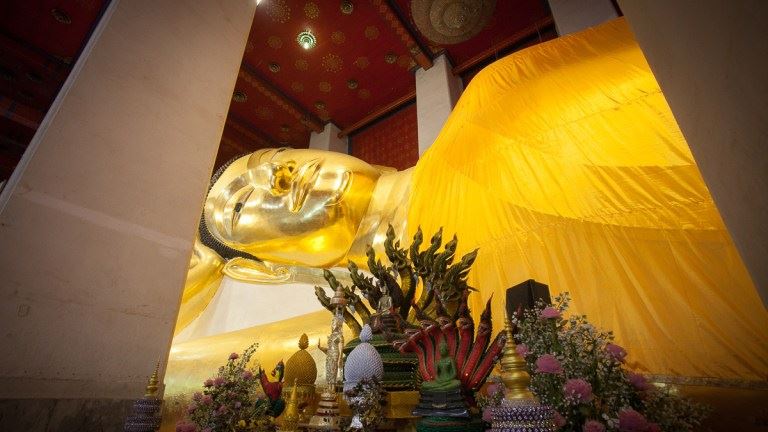 Sing Buri: Wat Phra Non Chakkrasi Worawihan – This temple is said to predate the Ayutthaya Kingdom and offers a stunning window into that historical time. The wihan (image hall) houses a huge Sukhothai-style reclining Buddha image, which is revered by the local people and measures almost 46 metres long. The other two Buddha images are Phra Kan, a gilded stone image, and Phra Kaeo, a seated image in a diamond throne posture. These two sacred images were built during the reign of King Rama V the Great and used to be the principal images at the Oath of Allegiance ceremonies for civil servants. 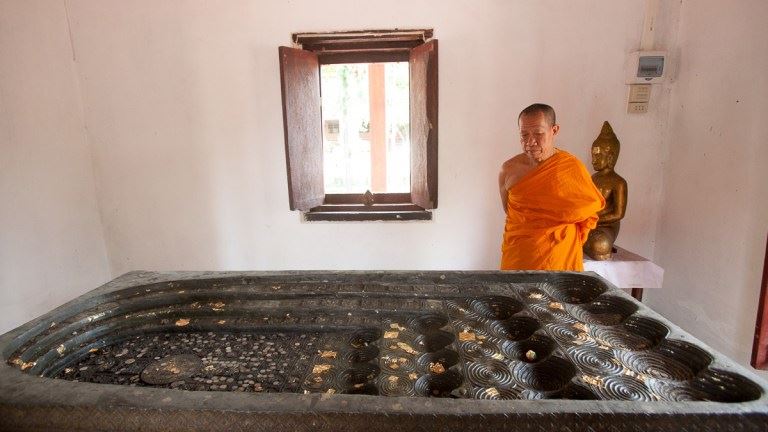 Suphan Buri: Luangpho U Thong at Wat Sam Chuk – This ancient temple contains the Buddha’s footprint, a sandstone Buddha statue from the Ayutthaya period, and a pair of bronze swans. However, there is no evidence indicating the date of construction of Wat Sam Chuk, but the temple is believed to be very old, as suggested by the religious artefacts and other items uncovered in the temple’s history.


Founded in 1960, the Tourism Authority of Thailand (TAT) was the first organization in Thailand with a special responsibility to promote tourism in the country. The Thai Tourist Office in Stockholm was established in 2002 and is responsible for the Nordic and Baltic countries. The Thai Tourist Office provides travel information to the public, travel agencies and media and also works to encourage residents in the Nordic and Baltic countries to travel to Thailand. Read more at www.tourismthailand.org