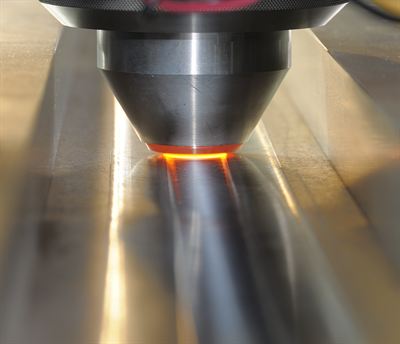 Friction stir welding re-enters the spotlight with the launch of the new Apple iMac – illustrating the adaptability of the process and its potential for the future of electronics design.

Invented by Wayne Thomas and a team of researchers at TWI in the UK in 1991, friction stir welding has evolved from its beginnings as a novel method proven for joining thin-section aluminium alloy components in the automotive and aerospace industries, into a revolutionary and adaptable engineering process with far-reaching industrial potential for joining light metal alloys including titanium, as well as steel and other hard metals in thicker sections.

The benefits of friction stir welding on processing speed, weld strength and integrity, welding environment safety, energy efficiency and cost reduction are being realised by an increasing number of fabricators across the globe. So far the joining technique has been chosen as an engineering design solution or for process development by 231 organisations in 24 countries. Around half these organisations are end-users; the other half research organisations, equipment suppliers and academia - with the majority based in the USA, Japan, China, Germany and Sweden.

As process inventor, TWI holds the patent to the basic method of friction stir welding (outlined below) plus several variants, and continues to drive the innovation in its variations and improvements through an internal research and development programme. TWI is also active in the preparation of world standards and guidance relating to the use of the welding process.

In terms of advanced applications demonstrating the success of the process, friction stir welding has been applied in many of the world’s space launch vehicles, including the Space Shuttle, Delta II and IV, SpaceX Falcon 9, and Ariane.

In the rail industry, the process is used in the production of aluminium-bodied rail cars, including Hitachi super-fast trains (Shinkansen), which can reach speeds of 320kph.

Friction stir welding is also commonly used in the aerospace industry by Boeing, Lockheed Martin, BAE Systems and EADS, and specifically for some applications in Eclipse, Boeing, Spirit and Airbus aircraft.

Other uses of the enabling welding process include specialist car manufacture by companies such as Audi, Ford and Mazda, as well as in the manufacture of large heatsinks and in the build of ship superstructures.

New applications are still being discovered, and Apple Inc’s endorsement of friction stir welding during its recent product launch presentation and in promotional literature about the design of the new iMac is the latest high-profile industry example of the worldwide success of the UK-patented joining process.

In essence, friction stir welding is very simple, although a brief consideration of the process reveals many subtleties. The principal features are as follows. A rotating tool is pressed against the surface of two abutting or overlapping plates. The side of the weld for which the rotating tool moves in the same direction as the traversing direction, is commonly known as the 'advancing side'; the other side, where tool rotation opposes the traversing direction, is known as the 'retreating side' . An important feature of the tool is a probe (pin) which protrudes from the base of the tool (the shoulder), and is of a length only marginally less than the thickness of the plate. Frictional heat is generated, principally due to the high normal pressure and shearing action of the shoulder. Friction stir welding can be thought of as a process of constrained extrusion under the action of the tool. The frictional heating causes a softened zone of material to form around the probe. This softened material cannot escape as it is constrained by the tool shoulder. As the tool is traversed along the joint line, material is swept around the tool probe between the retreating side of the tool (where the local motion due to rotation opposes the forward motion) and the surrounding undeformed material. The extruded material is deposited to form a solid phase joint behind the tool. The process is by definition asymmetrical, as most of the deformed material is extruded past the retreating side of the tool. The process generates very high strains and strain rates, both of which are substantially higher than found in other solid state metalworking processes (extrusion, rolling, forging, etc.).

TWI is one of the world’s foremost independent research and technology organisations, with expertise in solving problems in all aspects of manufacturing, fabrication and whole-life integrity management technologies.

Established at Abington, Cambridge, UK in 1946 and with several facilities across the globe, the company has a first class reputation for service though its teams of internationally respected consultants, scientists, engineers and support staff, whose knowledge and expertise are available to its Members as and when they require.

The company employs over 700 staff, serving 700 Member companies across 4500 sites in 80 countries. TWI also houses a professional institution, The Welding Institute, with a separate membership of 6000 individuals.

TWI is one of the world's foremost independent research and technology organisations, with a specialty in welding. With headquarters six miles south of Cambridge, Cambridgeshire, England, since 1946, and with facilities across the UK and around the world, the organisation has a long history of invention and knowledge transfer. TWI works across all industry sectors and has expertise in all aspects of manufacturing, fabrication and whole-life integrity management technologies. TWI services include consultancy, technical advice, research and investigation for Industrial Member companies and public funding bodies. It also offers Training and Examination Services in NDT, welding and inspection across the globe. TWI employs over 700 staff, serving 700 Industrial Member companies across 4500 sites in 80 countries. It houses a professional institution, The Welding Institute, with a separate membership of 6000 individuals. 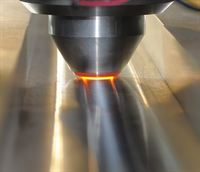