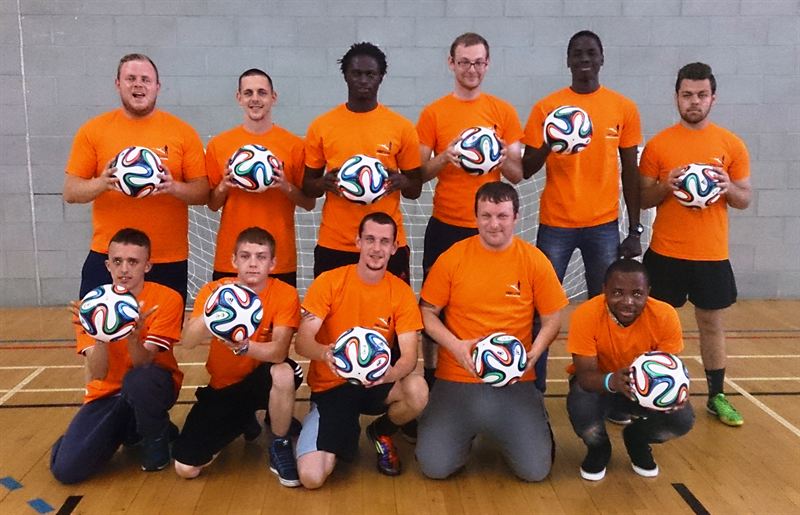 With the 2014 FIFA World Cup Brazil™ now in full swing and the planet continuing to be gripped by footballing fever, BeA has shown its support for a football-focused charity closer to home.

The business, which ranks as a major manufacturer of fastening tools and consumables for sectors such as construction, fencing, pallet manufacturing and furniture production, has made a donation with a difference to Street League - a nationwide charity that uses football to engage with and enhance the lives of young people from disadvantaged backgrounds.

John Mercer, managing director at BeA, explains: “BeA found itself with 100 adidas 2014 World Cup replica footballs which were originally destined to be used as part of a sales promotion. After internal discussions however, we felt we wanted to do something more socially beneficial with them instead in keeping with BeA’s strong CSR policies and also to celebrate this year’s World Cup.

“After discovering Street League and learning of their important work, we knew there was no better recipient. We’re confident this charity will use the balls to a much greater and worthwhile effect.”

Formed in 2001, Street League works with young people aged from 16 to 25 who are not in employment, education or training (NEET). Located in 11 regions across the UK, the national charity runs structured football and education ‘Academy’ programmes.

These 8 week programmes enable those attending to play and indulge their passion for football, whilst enjoying access to vocational training specifically designed to enhance their employability.

Topics covered include teamwork, communication, goal-setting and even CV writing and interview techniques.

Street League is proud of the fact that an impressive 81% of its Academy graduates subsequently move on to jobs, training schemes or further education.

Speaking of the BeA donation, Stephen Hughes, Operations Manager (Manchester) for Street League, said: “The balls donated by BeA look fantastic and I’m sure they’ll go down an absolute storm with the young people we work with.

“As a charity, Street League relies heavily on the support of businesses, organisations and individuals, and gestures like BeA’s are very much appreciated. The company joins a growing list of Street League supporters who are all committed to changing lives through football.”

For more information on this story, contact Wayne Mohammed at wayne@twopointzero.uk.com

* BeA is a global manufacturer of fastening technology for a wide range of industries including construction, furniture production, automotive, packaging, landscaping, bedding, transportation and many others.

* BeA was founded in Germany in 1910 and has its global headquarters in Ahrensburg. Its UK head office and distribution facilities are located in Woodmansey, East Yorkshire.

* For over 100 years, BeA has rigorously maintained a commitment to technical excellence and true precision German engineering. Its products are tried and tested in applications across the world where failure is not an option. The business is also accredited to ISO 9001 standard and certified by the German TÜV.

* More information on BeA and its extensive product range can be found at www.bea-group.com 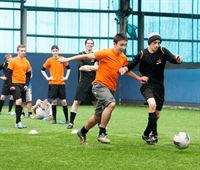