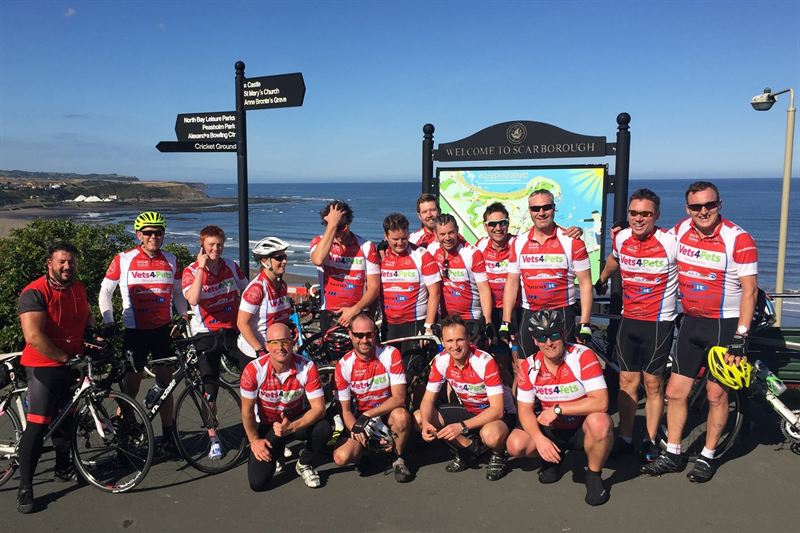 Manufacturer of sealants, adhesives, waterproofing products and other building chemicals, Bond It has lent its support to a mammoth charity bike ride.

The Elland-based business recently sponsored a group of intrepid fundraisers who rode from nearby Thurstonland in West Yorkshire to Scarborough, North Yorkshire and back – a distance of some 200 miles.

The ride was staged by the family and friends of Martin Hanks - a 34-year-old tree surgeon from Thurstonland who was tragically killed in an accident at work in April 2015.

Its purpose was to raise money both for a trust fund for Martin’s two young children, aged four and one, and for the Yorkshire Air Ambulance which attended the scene of Martin’s accident within minutes.

The event was dubbed the Coast to Roast due to the cyclists being joined at the finishing point – Martin’s local, the Rose and Crown pub in Thurstonland – by their family and friends for a traditional Yorkshire roast dinner to celebrate their achievement and Martin’s life.

The distance covered was 40 miles longer than the conventional coast to coast route which runs from Whitehaven in Cumbria to Whitley Bay, Tyne and Wear.

Scarborough was chosen as the ride’s halfway point as the resort was a favourite holiday destination for Martin and his family.

In total, 35 people - many of whom hadn’t ridden a bike since their teenage years - took part, successfully raising almost £20,000.  Bond It was one of a number of local businesses to make donations.

Speaking of the company’s support, David Moore, managing director at Bond It, said: “Bond It’s decision to support the Coast to Roast charity bike ride is indicative of our belief in being a socially responsible business.

“Martin’s vocation as a tree surgeon reflects the wider trade nature of our core customer base whilst the importance of the role played by air ambulances is unquestionable. It is a service which any of us could need at any, unexpected point in our lives.”

John Davies-Riand, a close friend of Martin and one of the organisers of the ride, added: “Martin was tragically taken from his family and friends far too early doing a job he loved. The money raised by the Coast to Roast will be used to help his children with their futures and also to assist the Yorkshire Air Ambulance in the provision of a valuable and lifesaving service.”

“On behalf of everyone involved, we’d like to thank Bond It for its generous support.”

Caption: Worthy cause. Bond It has backed a charity bike ride in aid of the Yorkshire Air Ambulance.