Bond It shoots for charity goal 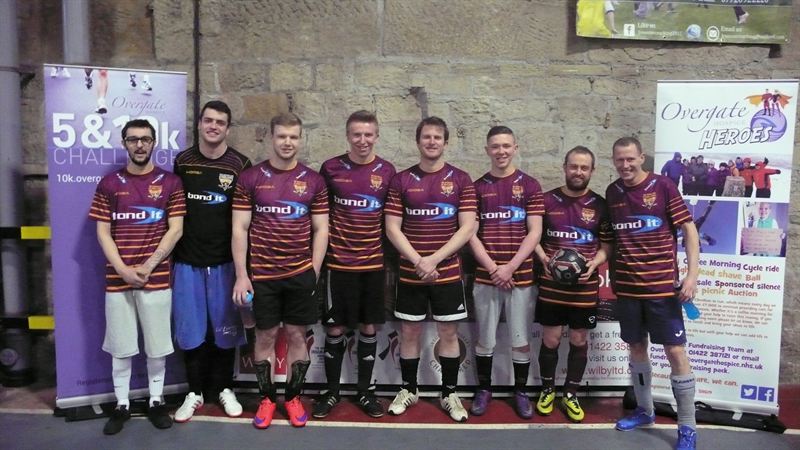 Staff from Bond It have helped to raise money for a worthy cause.

A team drawn from across the manufacturer of sealants, adhesives and building chemicals recently took part in a five-a-side football tournament for Bond It's chosen charity, Overgate Hospice.

To ensure its care is as widely accessible as possible, the hospice - which celebrates its 35th anniversary in 2016 - delivers its service free of charge.

It is funded largely by the local community with some additional support from the NHS.

In total, 15 teams from locally based businesses took part in the three hour tournament.

The Bond It team finished second overall.  They lost in the final to RSA Insurance who took away the Overgate Hospice Trophy.

Speaking of the company’s support, Graham Helm, operations director at Bond It, said: "Bond It has been an on-going supporter of Overgate Hospice for a number of years and our participation in the charity football tournament continues that relationship. This reflects a strong belief in corporate social responsibility which is all part and parcel of Bond It’s wider quality focused approach.”

"Collectively, the players, their supporters and their sponsors helped to raise over £1,000 for Overgate Hospice. This will be used towards our running costs, ultimately helping to keep the hospice open.

"On behalf of the Overgate team, our clients and their families, I'd like to thank everyone involved."