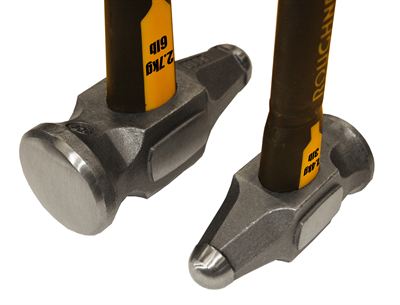 Olympia Tools, distributors of the Roughneck brand of hand tools and workwear, is helping to shape the future of sledge hammers. The company has just launched a new range of Roughneck Gorilla sledge hammers which are revolutionary in their appearance – and their performance.

The new sledge hammers complement Roughneck’s existing Gorilla products such as the brand’s Gorilla wrecking bars. These bars are marketing under the slogan ‘The shape makes the difference’ and this statement is equally true of the latest additions to the Gorilla range.

Vahe Der Kureghian, purchasing and marketing director at Olympia Tools, explains: “The new Roughneck Gorilla sledge hammers don’t look like other sledge hammers nor do they perform like them.

“Thanks to a number of carefully considered design innovations they challenge the very notion of a sledge hammer being a rectangular piece of steel at the end of a long handle.”

Key to the new Roughneck Gorilla sledge hammers’ impressive performance is a shaped steel head which is pointed at one end. This creates a domed face which enables much higher striking forces to be achieved compared to a conventional flat face.  As a result, the new Gorilla sledge hammers are particularly effective at breaking substrates like concrete and brick.

Similarly, the other end of the head has been enlarged. This ensures greater spread loading of any striking force with noticeable dividends when it comes to breaking walls.

A 45° chamfer has also been employed on the face at this end helping to reduce chips from the substrate being struck. Such chips can present health and safety risks if they become airborne.

The new Roughneck Gorilla sledge hammers also feature two additional striking faces on either side of the head. These are specifically designed for hitting wooden posts and employ steel which has not been hardened making them less likely to damage wooden material.

Further features include a head and handle that will never detach thanks to the fact that they are threaded onto each as well as fixed together through a series of compressed ridges. The handles are also made from premium quality fibreglass which has been surrounded with impact resistant polyethylene and then finished with a shock absorbing, comfortable TPE grip.

The new Roughneck sledge hammers are available in six, eight, ten and 12 pound sizes as well as two mini sizes of three and four pounds. These mini products are ideal for use in confined workspaces such as in corridors or on scaffolding. They’re also highly portable, fitting neatly into most tool bags.

Concluding, Vahe adds: “The introduction of the new Roughneck Gorilla sledge hammers clearly reflects Olympia Tools’ focus on continued product innovation. As a business, we remain committed to seeking out advances in areas such as material science and product design in order to develop next generation hand tools.”

- With its head offices and showrooms in Reading, Olympia Tools (UK) Ltd is a British based importer and distributor of premium quality, competitively priced hand tools and other products for the professional tradesman and serious DIY enthusiast.

- Olympia Tools prides itself on offering new, innovative and high performance products sourced from reputable manufacturers across the world.

- Olympia Tools has been trading in the United Kingdom for 15 years.

- For more information on Olympia Tools (UK) Ltd and its products, visit www.olympia-tools.co.uk 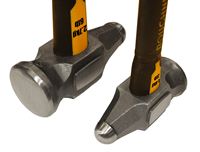