IF YOU LIKE JOOLS HOLLAND AND PIANOS YOU WILL LOVE THIS 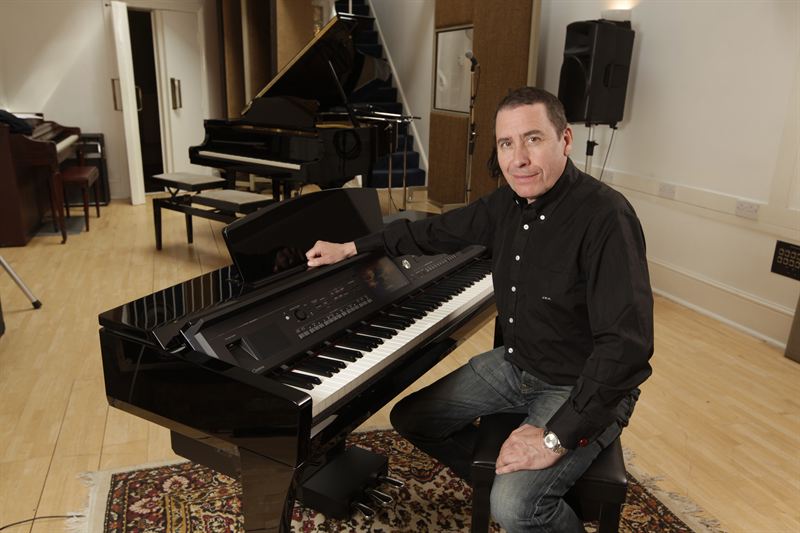 2013 sees Yamaha celebrating 30 years of Clavinova innovation and production, and to mark this milestone they've teamed up with Jools Holland to produce a hugely entertaining and informative short film. Jools explains, in his own humorous and compelling manner, why and how he's used Clavinova pianos for over 20 years, and demonstrates the features and sounds that he finds so useful.

As a British music icon and well known champion of piano playing, Jools knows more than a thing or two about the instrument. This insightful film, made at his own studios in Greenwich, is essential viewing for anyone interested in learning how Jools approaches the instrument and finding out just why he loves the piano so much. Appealing to music fans and pianists of all abilities – and, unsurprisingly, packed with anecdotes – Jools talks about Squeeze, about composing, and about recording, all whilst previewing Yamaha’s latest flagship Clavinova. He enthuses about the instrument’s styles and sounds, including vintage organs, electric pianos and clavinets, and performs one of his most popular songs, Double O Boogie with his Rhythm and Blues Orchestra. He even duets with Shane McGowen, thanks to the Clavinova’s new audio playback feature!

Jools comments, "I've been enjoying playing Yamaha Clavinovas for over 20 years now. I have them at home, in the studio and on tour with me. I find them ideal for all sorts of things: silent practice with headphones at home; writing; arranging and… just playing the blues!"