'The UK Unsigned Songwriter of the Year 2016' is a groundbreaking competition to find the best, unsigned songwriter in the UK and also raise £50,000 for charity!

Celebrities and multi-million selling songwriters including James Blunt, Pixie Lott, Jack Savoretti, Mike Rutherford, Ralph McTell and Lulu are coming together to help this unique new live songwriting competition raise money for the Stand Up To Cancer campaign and Nordoff Robbins Music Therapy, who will share all profits. (See artist quotes below)

Powerful and like-minded industry partners for the competition include the world’s largest music brand Yamaha, The Songwriting Academy, PRS For Music and Caffè Nero, who are all actively engaged in developing and showcasing emerging musical talent. 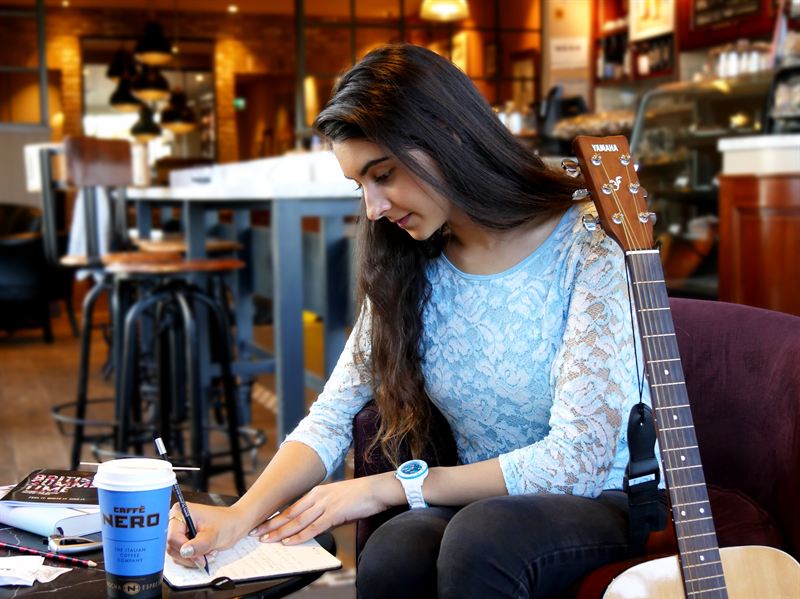 This is the first time a live, event based songwriting competition has been launched in the UK where the song is the star, not the singer. Songwriters may use session singers and musicians, and can win without singing a note!

An industry panel will select the top songwriters to showcase their songs at 12 live regional heats at Caffè Nero locations from 26th September, with semi-finals in Manchester and at Yamaha Music London in mid October. Yamaha will be providing PA, backline and instrument support for all the live events and the star-studded Gala Final at The Piano Works, London on 30th October.

The songwriter with the strongest songs will win a first prize worth over £6000, including £1000 worth of Yamaha musical instruments and equipment, a 12 month mentoring programme with The Songwriting Academy, a week’s songwriting retreat in Spain, the chance to have a song recorded in Nashville, a UK Tour by Caffè Nero supported by Yamaha and performance at Cornbury Festival 2017. With playlisting by Caffè Nero and more, this is a do-not-miss opportunity for anyone serious about songwriting.

Songwriters are now invited to enter their songs online at www.ukunsignedsongwriter.co.uk - deadline 1st September 2016. Once entry is complete they will be invited to join in a unique Selfie competition to win a Yamaha Guitar Amplifier and those submitting three songs or more will have the chance to attend a free one-day ‘Introduction to Songwriting’ course in London.

The following artists told us:

"With a changing music industry, new musicians need support now more than ever. 'The Unsigned Songwriter of the Year' initiative does that, as well as raising money for two great charities."

"What an amazing way to raise money for a great cause! Every unsigned songwriter in the country should get writing for this competition!"

"The opportunity to fight cancer and uncover a new, exciting song-writing talent at the same time, is something I am definitely up for. Lets do it!”

Some people say, “It is the singer not the song.” I would say, it is always the song. A good singer can sometimes make a weak song sound ok, but a good song will make even an average singer sound good. It maybe true that “You can’t judge a book by its cover”, but “You can judge a song by its covers.” Good luck to all the songwriters taking part in this exciting and worthwhile project.

"Songwriting has always been the most important part of the music world - as I've always said, an amazing voice is not so special without THE SONG. I feel the music world is starting to remember this again."

“This is a great opportunity for up and coming songwriters…which are hard to come by. It is also for a great cause, good luck to everyone who enters.”

Caffè Nero has supported talented grass root musicians for many years and has been instrumental in supporting the early careers of Jack Savoretti and Ivor Novello award winner, Passenger, through touring a number of their 600 UK stores and featuring on their hand picked playlist.

Yamaha is the world’s largest manufacturer of musical instruments, committed to excellence in quality and innovation. The company’s philosophy is to create excitement and cultural inspiration together with people around the world, sharing passion and performance. Yamaha is engaged in supporting music education through its network of Yamaha Music Schools and many institutional relationships.

PRS for Music represents the rights of over 118,000 songwriters, composers and music publishers in the UK. As a membership organisation it ensures creators are paid whenever their music is played, performed or reproduced, championing the importance of copyright to protect and support the UK music industry. The UK has a proud tradition of creating wonderful music that is enjoyed the world over and PRS for Music has been supporting the creators of that music since 1914.

Stand Up To Cancer (UK)

• Launched in the UK in 2012, Stand Up To Cancer funds translational research, accelerating new cancer treatments and tests to UK patients to ultimately save more lives

Nordoff Robbins is the largest independent music therapy charity in the UK, dedicated to changing the lives of vulnerable and isolated people. We support thousands of people in our own centres and by working inpartnership with a wide range of organisations including care homes, schools and hospitals. When delivered by a trained practitioner, music therapy can be used to support people living with a wide range of needs. It can help a child with autism to communicate, reduce anxiety for those living with dementia or provide comfort and celebrate the life of someone facing terminal illness. Music therapy can be life changing for so many people.

In addition to the statement below, all profits after expenses will be shared between Stand Up To Cancer and Nordoff Robbins Music Therapy. The Songwriting Academy will pay a minimum of 25% (net of VAT) from the sale of each entry into the UK Unsigned Songwriter Of The Year 2016 competition to Cancer Research UK in support of the Stand Up To Cancer campaign.