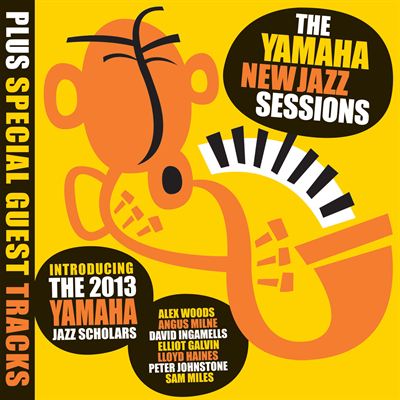 The hugely successful, high-powered and influential partnership between Yamaha in association with Jazzwise, the All-Party Parliamentary Jazz Appreciation Group, PPL, and 606 Club continues into a record seventh year with the addition of a seventh Yamaha Jazz Scholar from the Royal Conservatoire of Scotland that has joined the programme that provides unprecedented financial assistance, performance and recording opportunities to the cream of young jazz musicians, nominated for special consideration by the Heads of Jazz at the UK’s leading conservatoires/universities.

All seven scholarship winners who are about to leave college will each receive £1000 to help set themselves up as they embark on their new musical careers. More importantly they have also been given the opportunity to perform live at the All Party Parliamentary Jazz Appreciation Group’s annual ‘Summer Jazz’ event in association with Jazzwise and PPL in the Atlee Suite, Portcullis House, House of Commons on Tuesday 2ndJuly, 7:30 – 9:30pm, where award winning jazz broadcaster Helen Mayhew and Yamaha Managing Director Mark Rolfe will present the Scholarships to the seven award winners.

Guests at the event will include Members of Parliament from both Houses who are interested in jazz, along with invitees from the jazz community, press and venue operators. In addition to the £1000 scholarship and unique platform of a performance at the Palace of Westminster, all seven Scholarship Award winners will have the opportunity to feature alongside some of the most highly respected and established jazz artists on ‘The Yamaha New Jazz Sessions 2013’ promotional CD, sponsored by Yamaha Music Europe Gmbh (UK), to be recorded and cover-mounted on Jazzwise magazine’s Xmas and New Year double issue, with the chance to perform live at the CD launch at London’s internationally renowned ‘606’ Jazz Club on 4th December. Previous years' highly acclaimed ‘Yamaha New Jazz Sessions’ CDs produced by Andy Ross at Astar Studios have included tracks by Yamaha artists Led Bib, Gareth Williams, Leanne Carroll, Nigel Hitchcock, Julian Joseph, Gwilym Simcock, Jason Rebello, Ryan Quigley, YolanDa Brown, Georgina Jackson and also Mica Paris.

Special Guest Tracks on the 2013 CD will include a recording by Clare Teale of a song from the new Tim Rice musical ‘From Here to Eternity’, partnered by Yamaha and set to open at London’s Shaftsbury Theatre in October, plus a musical contribution from 606 Club owner Steve Rubie, to mark the venue’s 25thAnniversary.

The CD series is expected to reach 100,000 copies circulated since its debut release in 2008, amounting to one of the most significant jazz albums of the year to showcase a new generation of jazz artists.

Yamaha Managing Director Mark Rolfe commented, “These innovative scholarships have further extended our relationship with Jazzwise, PPL and the All Party Parliamentary Jazz Appreciation Group. We are committed to the
promotion of Jazz Performance and these scholarships complement our many other music education and student support initiatives. What better way to support the studies and showcase the talent of the UK’s finest upcoming young Jazz musicians than through financial assistance, live performance and the recording opportunity that features them alongside major artists in the jazz world on the cover of the UK’s biggest selling jazz magazine.” 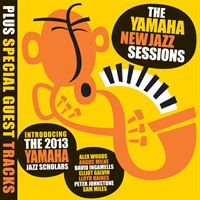