Low exposure to phthalates in industry in Finland 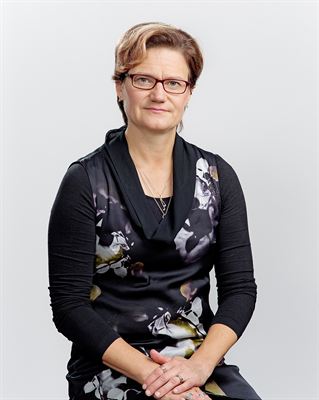 Phthalates are used to soften plastics such as polyvinyl chloride (PVC). Exposure to phthalates can occur during the production of PVC plastic and plastic products, and during renovations. Phthalates can disrupt hormonal functions and be dangerous to foetuses. A study carried out at the Finnish Institute of Occupational Health (FIOH) shows that occupational exposure to phthalates is nevertheless low, and does not pose a health risk to healthy adults. Pregnant workers, however, should avoid exposure.

Eight companies participated in FIOH’s study: manufacturers and users of PVC, a construction company, a tyre company, and a manufacturer of adhesive resin and glue-laminated timber. Workers’ exposure was determined by biomonitoring urine and air samples. The chemical concentrations of the urine samples were compared to those of the unexposed control population.

“We found exposure to phthalates in the manufacture of coated textiles, cables and plastic products. These phthalates were new, and less harmful, and the level of exposure was so low that they were not a health risk,” says Specialist Research Scientist Simo Porras from FIOH. “The concentrations found in the workers at the other workplaces were of the same level as those in the control population.”

The chemical concentrations in the air were low at all the workplaces that participated in the study. Any occupational exposure that occurs is likely to be via skin contact.

Most older, harmful phthalates no longer in use in Finland

Most older phthalates that could damage fertility (DBP, BBP and DEHP) are now subject to licence according to EU’s REACH legislation, which limits their use. Exposure to these may nevertheless still occur, during for example, renovations and recycling.

“Newer phthalates such as DPHP have now replaced the older ones, and do not seem to have harmful effects on fertility,” explains Senior Specialist and Toxicologist Tiina Santonen from FIOH.

Although phthalates are not dangerous for healthy adults, pregnant workers should be moved to other tasks with no risk of exposure, in accordance with special maternity leave instructions.

“Older phthalates (DBP, BBP and DEHP) can damage the development of the foetus’s testicular and external reproductive organs during pregnancy. This can have a long-term effect on reproduction,” warns Santonen. “If the workplace can offer a pregnant worker no alternative tasks, she can apply for special maternity allowance.”

The study also investigated exposure to two other chemicals (resorcinol and nonylphenol), which are suspected of disrupting hormonal functions. Low levels of exposure to resorcinol were found among the workers in tyre manufacturing, but they were so low that negative health effects were not anticipated.

Most of the chemicals examined in the study have either been or are still widely used in industrial processes and consumer products. This means that the general population is continuously exposed to them via, for example, drinking water, food or consumer products.

Despite the EU setting population level exposure limits, these are currently exceeded in some areas. A proposal is currently being processed in the EU, according to which the use of certain phthalates would be limited in order to reduce the population’s exposure to them.

In this study, the concentrations of the control group were of the same magnitude as the results obtained in other areas in Europe, so the results support the proposed limitations. The control group members were not exposed to the studied chemicals in their work.

Many studies have suggested an association between exposure to phthalates and testicular dysgenesis syndrome (TDS), which reduces fertility. Certain phthalates are also suspected of being connected to overweight, insulin resistance and ADD, but these effects are very controversial.

The Finnish Institute of Occupational Health (FIOH) researches, develops and specializes in well-being at work. It promotes occupational health and safety and the well-being of workers. It is an independent institution under public law, working under the administrative sector of the Ministry of Social Affairs and Health. It has five regional offices, and its headquarters are in Helsinki. The number of personnel is about 500. 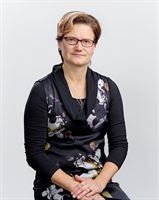