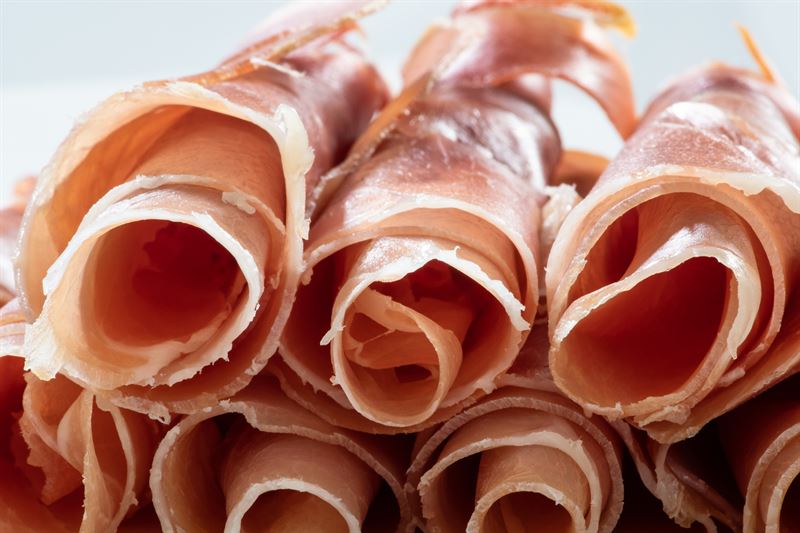 A diet rich in animal protein and meat in particular is not good for the health, a new study from the University of Eastern Finland finds, providing further backing for earlier research evidence. Men who favoured animal protein over plant-based protein in their diet had a greater risk of death in a 20-year follow-up than men whose diet was more balanced in terms of their sources of protein. The findings were published in the American Journal of Clinical Nutrition.

Men whose primary sources of protein were animal-based had a 23% higher risk of death during the follow-up than men who had the most balanced ratio of animal and plant-based protein in their diet. A high intake of meat in particular seemed to associate with adverse effects: men eating a diet rich in meat, i.e. more than 200 grams per day, had a 23% greater risk of death during the follow-up than men whose intake of meat was less than 100 grams per day. The men participating in the study mainly ate red meat. Most nutrition recommendations nowadays limit the intake of red and processed meats. In Finland, for example, the recommended maximum intake is 500 grams per week.

The study also found that a high overall intake of dietary protein was associated with a greater risk of death in men who had been diagnosed with type 2 diabetes, cardiovascular disease or cancer at the onset of the study. A similar association was not found in men without these diseases. The findings highlight the need to investigate the health effects of protein intake especially in people who have a pre-existing chronic medical condition. The mean age of the men participating in the study was 53 years at the onset, and diets clearly lacking in protein were not typical among the study population.

“However, these findings should not be generalised to older people who are at a greater risk of malnutrition and whose intake of protein often remains below the recommended amount,” PhD Student Heli Virtanen from the University of Eastern Finland points out.

Earlier studies have suggested that a high intake of animal protein, and especially the consumption of processed meats such as sausages and cold cuts, is associated with an increased risk of death. However, the big picture relating to the health effects of protein and different protein sources remains unclear.

The study is based on the Kuopio Ischaemic Heart Disease Risk Factor Study (KIHD) that analysed the dietary habits of approximately 2,600 Finnish men aged between 42 and 60 at the onset of the study in 1984-1989. The researchers studied the mortality of this study population in an average follow-up of 20 years by analysing registers provided by Statistics Finland. The analyses focused on the associations of dietary protein and protein sources with mortality during the follow-up, and other lifestyle factors and dietary habits were extensively controlled for, including the fact that those eating plenty of plant-based protein followed a healthier diet.