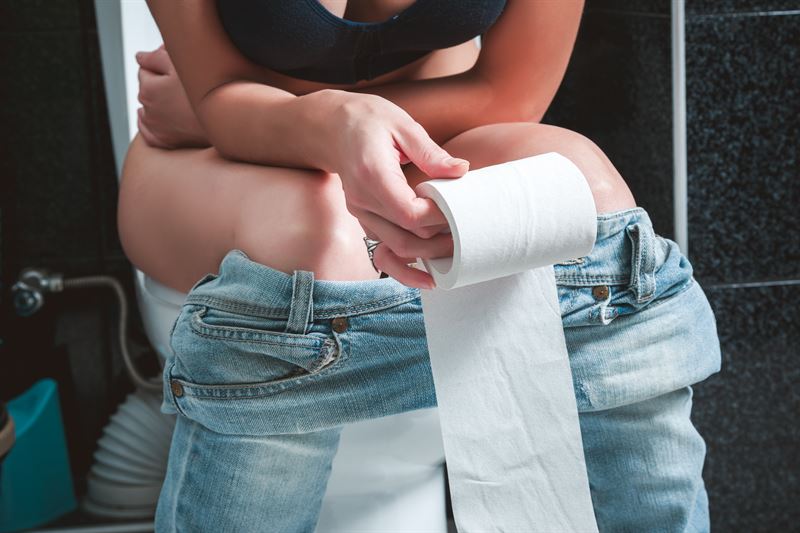 Women are 2–3 times more likely to suffer from constipation during pregnancy and right after childbirth than at any other time in their life, a new study from the University of Eastern Finland shows.

Constipation is common, and the risk of infrequent bowel movements is increased by diet that is low in fibre. Constipation becomes more common with age, and women tend to have constipation more often than men.

Docent Hannu Kokki’s research group at the University of Eastern Finland is exploring the incidence of constipation and other gastrointestinal problems in more than 1,000 fertile age women. Published in International Journal of Obstetrics & Gynaecology (BJOG), the new study focuses on the incidence of constipation in the second and third trimester, as well as immediately after vaginal and caesarean delivery. The control group comprised 200 non-pregnant women.

44% of women suffer from constipation in the second trimester

The study found that 44% of women have constipation in the second trimester, and 36% in the third. The incidence of constipation after vaginal delivery increases to 47%, and as many as 57% of women who had a caesarean delivery reported gastrointestinal problems and constipation.

According to the researchers, the percentages are surprisingly high and, since gastrointestinal problems have an effect on both physical and mental well-being, their prevention should be discussed in pre-natal clinics early on in pregnancy. Severe constipation increases the risk of haemorrhoids, urinary and faecal incontinence, and pelvic organ prolapse.

“Constipation during pregnancy is more common in women who have suffered from it already before pregnancy, or during their possible earlier pregnancy,” Kuronen says.

Daily exercise, eating a balanced diet that is rich in fibre, and drinking enough fluids are the most important ways to prevent constipation. In pregnancy, placental hormones cause bowel movements to slow down, and the growing uterus can make it difficult to pass stool normally. In addition, pregnancy changes the way fluids get absorbed from the gut.

“Indeed, other gastrointestinal problems frequently reported by expecting mothers include feelings of thirst and pressure, and flatulence,” Kuronen points out.

If lifestyle changes aren’t enough to alleviate constipation, laxatives may be needed.

Constipation is most frequently reported right after childbirth. This can be caused by too much sedentary time and insufficient intake of fluids after delivery. Furthermore, damage to the pelvic muscles during vaginal delivery may lead to problems in bowel function, as can pain in the surgical wound after a caesarean section. According to Kuronen, pain in the first few days after delivery should be managed so that the new mother can move about as soon as possible, regardless of whether the child was delivered vaginally or by caesarean section.

“Pain shouldn’t prevent normal passing of stool, and the analgesics used should slow bowel movements down as little as possible.”

It gets easier in a month

One of the new discoveries of the study is that normal bowel function is restored quickly after childbirth. When women who had given birth vaginally or by caesarean section were asked about their symptoms one month after childbirth, constipation was reported even less frequently than by the control group. However, other gastrointestinal problems were still frequently reported: feeling of thirst, flatulence and abdominal pain were reported by 68–82%, which was slightly more than in the control group.

“There is very little research into the incidence of constipation during pregnancy and immediately after childbirth. Our findings show that constipation and other gastrointestinal problems are very common. This is why it is important to invest in their prevention and treatment, and in the related counselling, both during pregnancy and after childbirth,” Docent Kokki says.