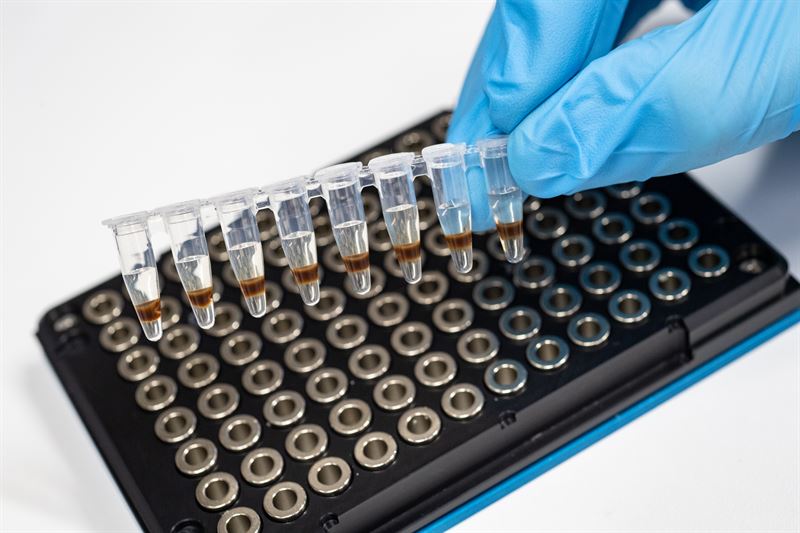 A new study published in the Journal of Alzheimer’s Disease provides insight into the association of blood markers of diabetes with brain beta-amyloid accumulation among older people at risk of dementia. The results suggest a link between Alzheimer’s pathology, lower levels of insulin and lower insulin resistance.

The deposition of beta-amyloid plaques in the brain is known to be one of the key elements of Alzheimer’s disease and can begin years or even decades before the disease progresses to the dementia stage. Amyloid accumulation in the brain can be detected by PET scans.

Type 2 diabetes is a known risk factor for cognitive impairment and Alzheimer’s disease, but the underlying mechanisms are still unknown. Autopsy studies have found that diabetes is associated with small vessel pathology typical of vascular dementia, but not specifically of Alzheimer’s disease. Insulin resistance, an indicator of a pre-diabetic state, has been associated with amyloid accumulation in cognitively normal middle-aged and late middle-aged individuals, but not in the older age groups.

In the present study, researchers from the University of Eastern Finland investigated the association of blood markers of diabetes with beta-amyloid accumulation detected in PET scans in older people at risk of dementia. The study population included 41 participants from the Finnish Geriatric Intervention Study to Prevent Cognitive Impairment and Disability (FINGER). FINGER has investigated the cognitive benefits of a multidomain lifestyle intervention for people over 60, who are at risk of cognitive decline.

Results from the study indicate slightly better insulin homeostasis in amyloid positive older individuals at risk of dementia. The findings contrast with earlier findings, possibly due to the fact that this study population was at high risk of cognitive decline.

“The results could also suggest that in people with diabetes and vascular pathology, less amyloid accumulation in the brain may be needed to trigger the onset of Alzheimer’s dementia,” Associate Professor Alina Solomon from the University of Eastern Finland says.

“Interestingly, no association was found for amyloid deposition with fasting glucose levels or HbA1c, which measures the average level of blood sugar.”

This new study adds to the growing amount of data on the associations of insulin resistance and diabetes with Alzheimer’s disease pathology.

Due to its promising results, the FINGER study has expanded around the globe as part of the World Wide FINGERS research network, which has been setup to help execute lifestyle interventions for, and research into, cognitive impairment and dementia prevention. In the future, this will enable the replication of the results obtained in this study with larger populations and help gain further insight into the connections between diabetes and Alzheimer’s disease.