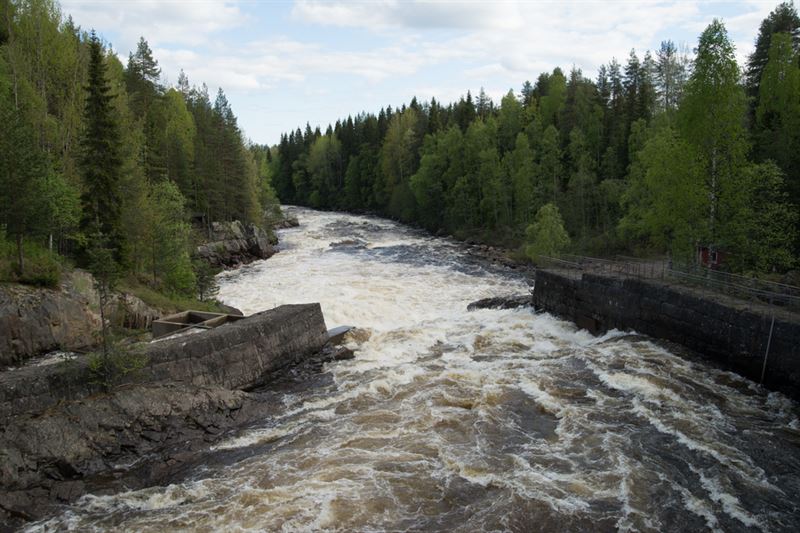 Fish stocking as a fisheries compensation method in hydropower operations no longer meets latest legal and scientific requirements, according to a new study from the University of Eastern Finland. Published in Water International, the study focuses on ecological flows from the viewpoints of law and biology.

After the World Wars, the vast majority of Finnish rivers were harnessed for hydropower operations. Initially, the Finnish legislation included an obligation to build fishways as a method to compensate for hydropower harm to fisheries. However, fish farming rapidly replaced fishways as the primary compensatory action. Initially, fish stockings were ahead of their time and among the first examples of ecological compensation measures set for the industries. In the early days of their use, they also produced good catches in both commercial and recreational fisheries.

However, research has since shown that fish stocking cannot permanently replace the natural reproductive cycles of migratory fish. Prior to the industrial revolution, Finland boasted 25 Atlantic salmon, 72 anadromous brown trout and dozens of inland rivers with landlocked salmonids. Yet currently, the number of Finnish rivers sustaining natural reproduction of salmon has been reduced to four, and only small and rare populations of wild migratory brown trout, migratory whitefish and migratory grayling have survived.

“New genetic studies have shown that fish farming alters the genetic traits of farmed fish. As fish adapt to the farm environment, their genetic traits change and they no longer survive in the wild as well as they used to,” says Professor of Evolutionary Aquatic Biology Anssi Vainikka from the University of Eastern Finland.

Genetic differentiation has been observed even among salmonid populations living in different branches of the same river. This genetic diversity, which is essential for, e.g., adaptation to climate change, cannot be maintained in fish farming.

“The problems of migratory fish in Finland are not limited to large coastal rivers. For instance, populations of salmonids and migratory whitefish living in our inland watersheds are in desperate need of new reproduction areas and migratory routes,” Senior Researcher of Fish Biology Hannu Huuskonen from the University of Eastern Finland explains.

According to Senior Researcher of Environmental Law and Jurisprudence Niko Soininen from the University of Eastern Finland, legislation should be better equipped to respond to the need to revive populations of migratory fish, as well as to the good water status objectives of water management in general.

“At present, the greatest legal pressures come from the EU Water Framework Directive, which requires that EU member states reach good ecological status in all inland waters. The vitality of migratory fish populations is used as one of the indicators of this status. The EU's guidance documentation emphasises the key role of sufficient ecological flows and migratory pathways in reaching good ecological status,” Professor of Environmental Law Antti Belinskij from the University of Eastern Finland says.

Furthermore, the role of the water status objectives and their impact on the amendment of existing permits is unclear in the Finnish water legislation. In accordance with the current Water Act of Finland, existing permits are permanent and this is often interpreted as an obstacle to amending them.

According to Professor Vainikka, the window for making such amendments is closing. Recent comparative studies on trout populations have shown that, against earlier knowledge, their migratory behaviour is under genetic influence. If migratory trout populations lose too many of their original wild qualities under hatchery breeding, they cannot be saved even by crossing them with the last remaining wild trout populations, as they are lacking the crucial migration genes.

Moreover, research suggests that the downwards trend in the success of fish stocking outcomes is not likely to turn to positive in the foreseeable future. The only sustainable way to compensate for the harm caused by hydropower operations is to safeguard the natural living conditions of wild fish populations. This is justified also from the legal perspective.