Rye is healthy, thanks to an interplay of microbes 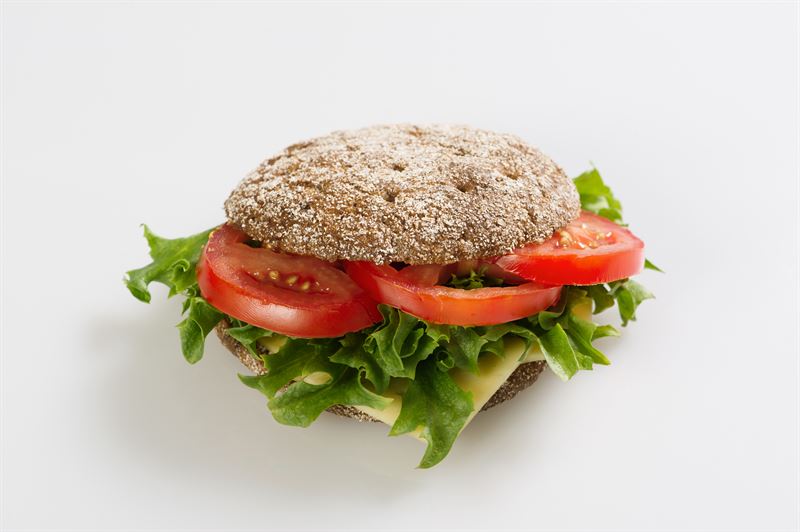 Eating rye comes with a variety of health benefits. A new study from the University of Eastern Finland now shows that both lactic acid bacteria and gut bacteria contribute to the health benefits of rye. Published in Microbiome, the study used a metabolomics approach to analyse metabolites found in food and the human body.

Rye sourdough used for the baking of rye bread is rich in lactic acid bacteria. In addition to fermenting the dough, these bacteria also modify bioactive compounds found in rye. They produce branched-chain amino acids and amino acid-containing small peptides, which are known to have an impact on insulin metabolism, among other things.

Many of the compounds found in rye are processed by gut bacteria before getting absorbed into the body. The study found that gut microbes and microbes found in sourdough produce compounds that are partially the same. However, gut microbes also produce derivatives of trimethylglycine, also known as betaine, contained in rye. An earlier study by the research group has shown that at least one of these derivatives reduces the need for oxygen in heart muscle cells, which may protect the heart from ischemia or possibly even enhance its performance. The findings can explain some of the health benefits of rye, including better blood sugar levels and a lower risk of cardiovascular diseases.

The study used metabolomics as the primary method to carry out an extensive analysis of metabolites found in food and the human body. The effects of gut microbes were studied in mice and in an in vitro gastrointestinal model, mimicking the function of the human gut. Using these two models, the researchers were able to eliminate naturally occurring differences in the gut microbiome between different individuals, making it easier to detect metabolites actually originating from rye.

Rye can be traced back to what is now known as present-day eastern Turkey, from where it has spread to many cuisines across the world. In Finland, for example, rye has been consumed for thousands of years, and it was recently selected as the country’s national food.

Although the health benefits of rye are long known, the underlying mechanisms are still poorly understood. For instance, the so-called Rye Factor refers to the lower insulin response caused by rye than, for example, wheat bread. Eating rye makes blood sugar levels fall slower, which leads to beneficial effects on the health – for a reason that remains unknown.

A significant factor contributing to the health benefits of rye are its bioactive compounds, or phytochemicals, which serve as antioxidants. In addition, gut microbes seem to play an important role in turning these compounds into a format that can be easily absorbed by the body, making it possible for them to have a greater effect.

“The major role played by gut microbes in human health has become more and more evident over the past decades, and this is why gut microbes should be taken very good care of. It’s a good idea to avoid unnecessary antibiotics and feed gut microbes with optimal food - such as rye,” Researcher Ville Koistinen from the University of Eastern Finland notes.