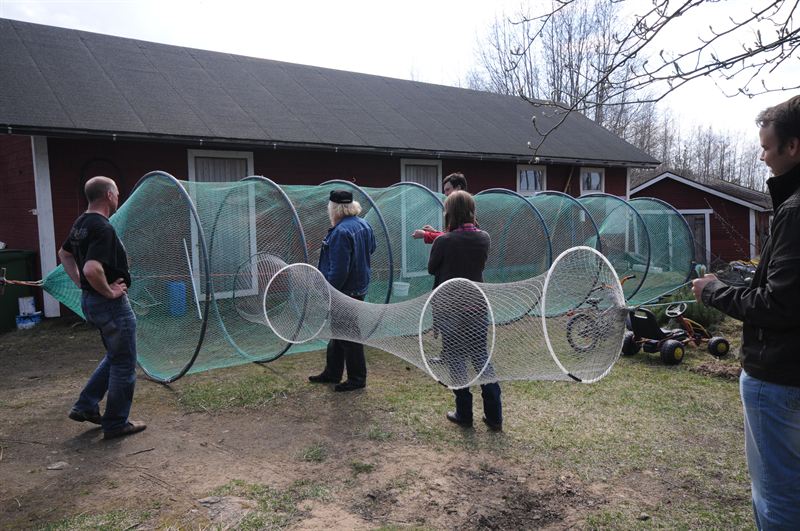 Understanding the differences in the behaviour of different seal species can help in the choice of the most effective measures to mitigate the seal-fishery conflict and in the sustainable management of seal stocks. A new study from the University of Eastern Finland provides novel and detailed information of the movements of ringed seals and grey seals in the Baltic Sea. The PhD thesis of Sari Oksanen, MSc, discovered that Baltic ringed seals range over large areas during the open water season, while most grey seals remain on smaller areas near their terrestrial resting sites.

The stocks of the Baltic grey and ringed seals collapsed during the 20th century and in the 1970s, both stocks consisted of only circa 5,000 seals. The populations have been recovering since the 1990s. At the same time, the losses caused by seals to coastal fisheries and fish farming have increased.

The differences in the behaviour of the seal species influence the effectiveness of the measures to mitigate the seal-fishery conflict and sustainable management of seal stocks. Only male grey seals were observed to visit pontoon traps, and grey seals made trips between their terrestrial resting sites and foraging areas. Their foraging areas were situated to river estuaries and other shallow coastal areas, which are also important for coastal fishery. The observed fidelity to given foraging areas suggests that removing individual seals away from fishing gear could be one method to mitigate the damage caused by grey seals. Such removal would focus on those individuals that repeatedly visit the vicinity of fishing gear. Ringed seals, on the other hand, did not exhibit similar fidelity, but they ranged over larger areas and had several spatially distinct foraging areas. This suggests that removing ringed seals away from fishing gear may not be effective in reducing losses caused by them. Therefore, the development of fishing gear and fishing practices could provide more effective mitigation measures.

Although ringed seals move over wide areas during the open water season, especially adults are quite sedentary in the breeding season in the winter. In contrast, grey seals left their open-water home ranges during ice formation and occupied areas with little ice-cover. Therefore, although the extent of overall movement was similar in both species, their seasonal patterns of movement differed.

The other side of the coin in the seal-fishery conflict is the by-catch mortality of seals in fishing gear. A device to reduce seal by-catch in trap nets, a so-called seal sock, was tested. The sock enables a seal to have access to breathe on the surface while it is trapped inside a trap net. The sock proved to be an effective way of reducing ringed seal mortality in trap nets, but it did not work as well with grey seals. Reducing incidental by-catch is one method to develop sustainable fisheries, as is also required by the MSC certificate granted to fisheries and fish.

Although both of the seal stocks have been increasing in recent decades, climate change, for example, can pose new threats. The breeding success of the ringed seal, in particular, is very dependent on sufficient snow and ice. Furthermore, information on the movements of seals can also be used in protecting important seal habitats.

The movements of Baltic seals were investigated with GPS satellite telemetry in cooperation with Natural Resources Institute Finland.

The findings were originally published in Marine Ecology Progress Series, Movement Ecology, and PLOS ONE.