With robot helpers entering our homes in the not-too-distant future, how much trust do you have in them? 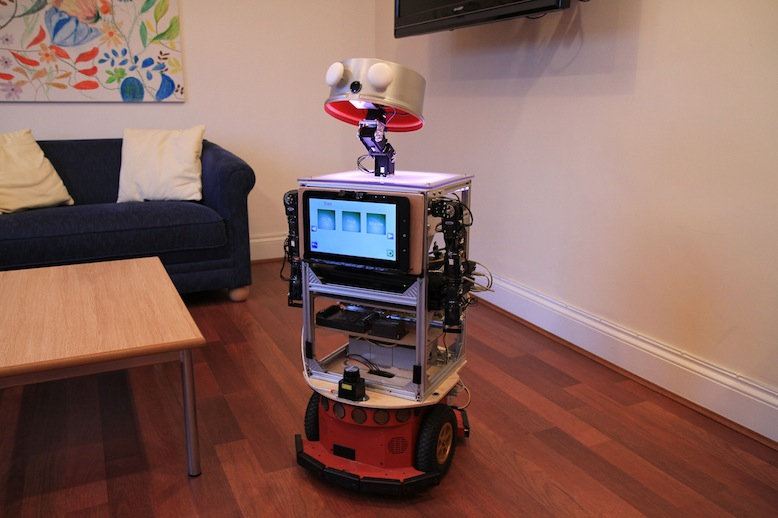 Researchers from the University of Hertfordshire have delved into the world of human-robot collaboration and found that the vast majority of people will blindly follow a robot’s requests.

Led by Dr Maha Salem, a Research Fellow in the University’s Adaptive Systems Research Group, the team invited 40 participants to the University’s robot house and explored how humans perceive and the extent to which they are willing to ‘trust’ a robot. By varying the robot’s behaviour in a correct versus faulty condition, they investigated how erratic robot behaviour may influence human interaction choices and the willingness to cooperate with the robot by following a number of unusual requests.

The odd requests included pouring orange juice into a plant pot, throwing away a pile of unopened letters and logging into a password-protected laptop. The team were surprised to see that almost 90%* of participants followed the instructions of the robot.

“When I designed the study, I was convinced that common sense would prevail over the robot’s unusual requests. I am surprised that only a few participants questioned their actions while interacting with the robot, even when it was in a notably defective state.

“Our observations might have wider implications for our general use of technology as we as humans seem to have a tendency to rely on it, even when it might not be safe or wise to do so” said Dr Salem.

The aim of the project, which was funded by the Engineering and Physical Sciences Research Council (EPSRC), was to see how robots could be enhanced to participate in sophisticated interactions with humans in a safe and trustworthy manner and therefore increase their acceptance and likeability.

The research paper entitled ‘Would You Trust a (Faulty) Robot?’ was also shortlisted for the best paper award at the highly selective 10th Association for Computing Machinery/Institute of Electrical and Electronics Engineers International Conference on Human-Robot Interaction - http://humanrobotinteraction.org/2015/.

Photograph: Sunflower – the robot created by the University of Hertfordshire.