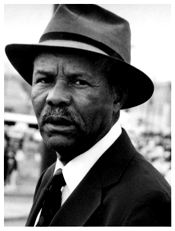 ARLINGTON, Texas — The University of Texas at Arlington Special Collections Library has been named the repository of an extensive collection of newspapers, photos and personal memorabilia from William “Bill” Blair Jr., a former Negro League baseball pitcher, a Dallas civic and business leader and founder of the Elite News.

Blair, who is 90, will sign the deed of gift at 10 a.m. Tuesday, June 5, 2012 at The University of Texas at Arlington Central Library, in the Sixth Floor Atrium, 702 Planetarium Place. The event is open to the public.

Blair said he is making his personal holdings available to the public with hope that others may learn from his experiences.

“There are people who are not interested in anything until it happens to them,” Blair said. “But if you read and see photos, you learn.”

“The acquisition of the William Blair Collection greatly enhances Special Collections’ holdings of African-American archival materials,” Hodges said. “This collection will allow us to preserve the story of a living legend in the African-American community for generations to come.”

Dulaney said the acquisition is another signal that the University intends to be a focal point for African-American studies. Dulaney helped plan the new UT Arlington Center for African American Studies, which officially launches this fall.

“We want to be a repository for major African-American items and let people know this is where items of importance should go,” Dulaney said. “The Blair Collection fits into UT Arlington’s mission to promote African-American history, studies and research about issues of significance to all African Americans.”

Blair was born and raised in Dallas. He attended B. F. Darrell Elementary and graduated from Booker T. Washington High School. After six months at Prairie View A&M University, he enlisted in the military and became the youngest black first sergeant in the U.S. Army during World War II.

A talented baseball player, Blair pitched from 1946 to 1951 for the Indianapolis Clowns and other Negro League baseball teams at a time when Major League Baseball barred players of color.

An injury to his pitching arm forced Blair to leave professional baseball. Later, he established the Southwest Sports News, a newspaper that specialized in publishing scores from black college games throughout the United States.

Blair soon recognized the need for black churches to have a voice in the city of Dallas. As political, educational and economic unrest led to the Civil Rights movement and race riots grew, Blair decided that African Americans also needed a media outlet to cover issues of importance to them.

In 1960, the Southwest Sports News was renamed the Elite News. The newspaper highlighted the black churches, black people making a difference in their community, politics and sports.

For several decades, the Elite News has been “devoted to nothing but the truth,” according to the newspaper’s motto.

In 1986, Blair launched the first Dr. Martin Luther King Jr. Day Parade, which has become a Dallas institution. An advocate for the Interdenominational Ministerial Alliance, he also founded the Religious Hall of Fame to honor black ministers.

Dulaney said photos from Blair’s baseball playing days and business, as well as older copies of the Elite News newspaper will eventually be developed into a UT Arlington exhibit and that some materials will be made available online.

Many of the UT Arlington Library’s rich resources can be accessed online at www.uta.edu/library.

The University of Texas at Arlington is a comprehensive research institution of nearly 33,500 students in the heart of North Texas. Visit www.uta.edu to learn more. 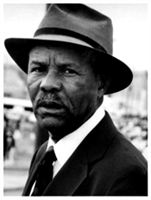 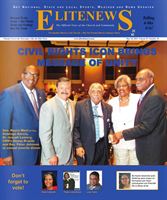