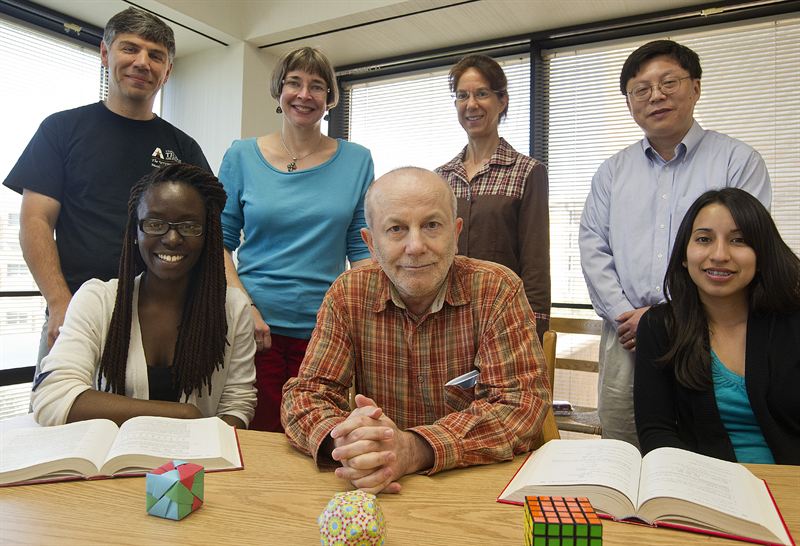 A new $623,608 National Science Foundation S-STEM grant to the UT Arlington Mathematics Department will help undergraduates with up to $10,000 in tuition and fees as they pursue their future in teaching, research or other math-based professions.

S-STEM stands for Scholarships in Science, Technology, Engineering and Mathematics. The recommended funding - which will be spread over four years - is the second S–STEM grant the math department has received. The first, which came in 2008, helped 46 students toward their degrees. A majority of those had come to UT Arlington from community colleges, and some graduates have continued to pursue advanced degrees in STEM areas.

“Mathematics is a key to real-life problems everywhere, from science and engineering to business, sports or music. By supporting students’ interest in a math major we are training graduates ready to lead tomorrow’s technological advances,” said Jianzhong Su, professor and chairman of the UT Arlington mathematics department.

UT Arlington’s S-STEM program is called SURGE or Scholarships for Undergraduates to Reach Goals in Education. To be considered for the SURGE scholarship, students must have demonstrated academic excellence and financial need and be pursuing a math degree in the UT Arlington College of Science. In addition to the funding, scholarship recipients also get access to a network of support in the form of peer mentoring, tutoring, faculty mentoring and industry mentoring with graduates of the department who work throughout Dallas-Fort Worth.

“The S-STEM program is just one way that UT Arlington is putting a priority on encouraging undergraduates to pursue science and technology careers,” said Pamela Jansma, dean of the College of Science. “Experience shows that support outside the classroom and involvement in challenging activities such as research keeps students moving toward their goals. The math department already is an example of excellence in those areas of engagement.”

Last year, the mathematics department was named the 2013 winner of the American Mathematical Society (AMS) Award for an Exemplary Program or Achievement in a Mathematics Department. That department was chosen for the recognition from 570 member AMS institutions. The Society noted that the department had doubled the size of its doctoral program over five years and bolstered those ranks with historically underrepresented groups.

The department continues its tradition of excellence this fall. Recently, in addition to the recent S-STEM grant:

The work of the College of Science Department of Mathematics is one example of excellence at UT Arlington, a comprehensive institution of more than 33,300 students and more than 2,200 faculty members in the heart of North Texas. Visit www.uta.edu to learn more.