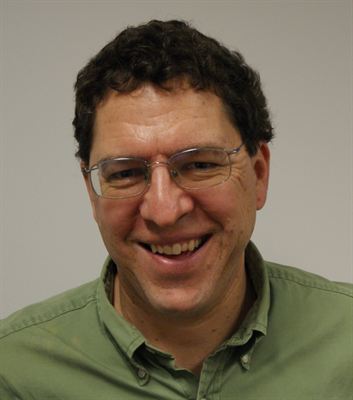 A team of UT Arlington researchers is designing a new, time-of-flight detector that could one day significantly boost measurement capabilities at the Large Hadron Collider, or LHC, in Geneva, Switzerland.

Physics Professor Andrew Brandt, who is part of The University of Texas at Arlington’s High Energy Physics Group, is leading the team. He recently received new U.S. Department of Energy funding for research and development on the project. Brandt has been working on the new proton sub-detector since 2006 as a member of the ATLAS experiment at the LHC. His goal is to construct the fastest detector ever deployed at a particle accelerator, with 10 picosecond, or trillionths of a second, time resolution.

The Large Hadron Collider at the European Organization for Nuclear Research, or CERN, is the world’s biggest and most powerful particle accelerator. Thousands of scientists – including several students and professors from UT Arlington – are observing and analyzing data from millions of particle collisions there. By studying the components of particles after they smash together, physicists are hoping to learn more about the mysteries of the universe, such as why matter dominates the universe.

One search that is central to the LHC is the hunt for the Higgs boson, the only particle predicted by the Standard Model of Physics that has not been seen by experiments.  Physicists believe interaction with the Higgs boson gives particles in the universe their mass.

The timing detector being built at UT Arlington is part of a new proton sub-detector designed especially for the high intensities at the LHC. It is part of a project called the ATLAS Forward Proton (AFP) concept, which would add new sub-detectors 220 meters upstream and downstream from the central ATLAS detector to complement the program.

"Measuring the events where both protons stay intact, yet you still get a massive system produced by a collision in the central ATLAS detector would be a new capability for ATLAS and potentially a very exciting part of the discovery physics program," said Brandt, who in addition to his recent work on the ATLAS collaboration is a long time member of the D0 Experiment and Fermilab collider in Illinois.

The time-of-flight component would give scientists a way to locate the vertex, or collision point, for the protons. They could do this by measuring the time difference between protons to less than 3 millimeters accuracy for a 10 picosecond measurement.

The moveable timing device Brandt’s team is building consists of an array of half-centimeter wide quartz bars or fibers that act as a series of stopwatches when deflected protons pass through.

The design also includes an ultra-stable reference clock that could precisely synchronize the time-of-flight detectors hundreds of meters apart. Ultimately, the new detector could help determine the characteristics of the mysterious Higgs boson particle, after it is found, as well as other resonances, Brandt said.

The latest award to Brandt comes from the Energy Department’s Advanced Detector Research program. It provides $172,139 to complete the research and development of fast-timing electronics in conjunction with colleagues from Stony Brook University in New York and University of Alberta in Canada. The electronics development is intended to be useful not only for the ATLAS upgrade, but also for other picosecond timing projects.

Sixteen UT Arlington undergraduate physics majors, four physics graduate students and two electrical engineering graduate students have worked on aspects of the time-of-flight project over the last five years, developing skills in data analysis and fast electronics. Many of them have done this research in the Picosecond Test Facility, a state-of-the art laser-timing lab located on campus,

In all, the work of Brandt’s team has brought in close to $500,000 of funding, including an earlier Department of Energy Advanced Detector Research program grant and a Texas Advanced Research Program grant that established the Picosecond Test Facility.

UT Arlington’s College of Science is currently working on more than $7 million in grant-funded projects related to the ATLAS experiment at the LHC. Funding comes from the Department of Energy and National Science Foundation. UT Arlington physicists are focused on the development of computing software to handle the tremendous amount of data produced at the LHC and the search for the Higgs boson and dark matter, another physics phenomenon.

The University of Texas at Arlington is a comprehensive research university of 33,449 students in the heart of North Texas. Visit www.uta.edu to learn more. 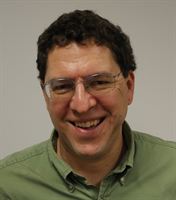