A natural additive used to make foam in soft drinks also may help prevent the sometimes-deadly rotavirus infection in children or reduce its severity, a University of Texas at Arlington biology professor says in a research paper to be published in June.

The paper co-authored by associate professor Michael Roner, “Characterization of in vivo anti-rotavirus activities of saponin extracts from Quillaja Saponaria Molina,” is already available online on the website of Antiviral Research, the official publication of the International Society for Antiviral Research. Roner joined the College of Science faculty in 2002.

Rotavirus is the leading cause of severe, dehydrating diarrhea in newborns and young children worldwide, with more than 500,000 children under five dying each year, according to the World Health Organization’s rotavirus program. About 85 percent of the deaths happen in developing countries, where current vaccines are not widely available.

In the paper, Roner and co-author Ka Ian Tam, who earned her doctorate from UT Arlington in August 2010, say there is strong evidence that extracts from the soapbark tree are able to block the rotavirus by disrupting its interaction with target cells. Tam now works for the U.S. Center for Disease Control’s Rotavirus Surveillance Team.

“Current vaccines are impossible to afford in the majority of countries where children are dying because of rotavirus,” said Roner, adding that each dose can cost $50 to $100 and two to three doses are needed per child. “If our research can prove that extracts from the soapbark tree prevent infection, it could be inexpensively added to the water or milk these children drink and do the exact same thing as a vaccine.”

The research was funded by a $222,000 grant from the National Institutes of Health’s National Center for Complementary and Alternative Medicine.

Saponins are a type of molecule found in more than 500 plant species. Because of their ability to form insoluble complexes with cholesterol, they have been used in a wide range of biological applications, including cholesterol lowering, antitumor and antiviral drugs.

Roner and Tam used saponin molecules extracted in fluid form from the Chilean soapbark tree, called Quillaja Saponaria, for their study.  By treating mice with a dose of the extract, they were able to reduce diarrhea induced by exposure to the rhesus rotavirus from 79 percent to 11 percent of the subjects.

"Dr. Roner's investigation of a less expensive option to current rotavirus vaccines is a prime example of how scientists' work in the laboratory could have wide-ranging implications," said Pamela Jansma, dean of UT Arlington’s College of Science. "Success in this work doesn't just improve people's lives; it saves them."

Roner said the results warrant further testing. One area he would like to explore is whether the saponin treatment, while greatly reducing diarrhea, might also allow a small amount of infection and, perhaps, trigger an immune response. Such a response could produce antibodies that protect individuals from future infection.

“These saponins are a renewable, natural product already approved for use in humans as a food additive,” Roner said. “We believe they have great potential to prevent severe rotavirus infections in humans at a very affordable cost.”

Roner’s work with retrovirus is representative of the scientific discovery underway at The University of Texas at Arlington, a comprehensive research institution of 33,800 students in the heart of North Texas. Visit www.uta.edu to learn more. 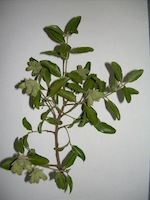