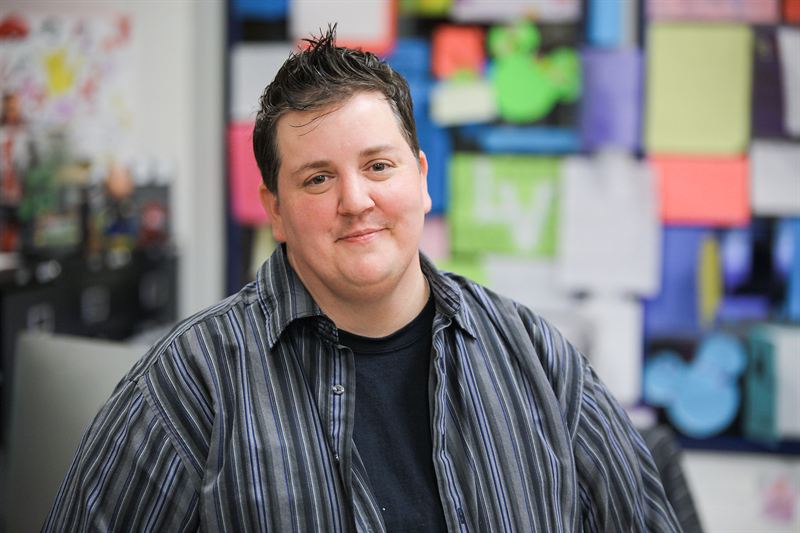 Tara Bordeaux has an inspiring story – a high school dropout who became Texas Teacher of the Year.

Bordeaux’s journey included a stop at The University of Texas at Arlington, where she earned her bachelor’s degree and learned from professors she describes as some of the most influential people in her life.

“I’ve asked people who went to other universities about their relationships with their professors and it’s not the same. To this day, I can lean on any one of mine and they’ll help. They continue to be mentors. I can’t say enough about UTA. It remains my home away from home,” Bordeaux said.

She fell in love with UTA even before she became a student, having frequently visited her mother, Lisa, who began working at UTA in 1997 and is currently a Team Lead in the Office of Student Accounts’ Customer Service Communications Center.

School wasn’t always a source of fond memories for Bordeaux. Her high school years were particularly rough. She dropped out during her junior year and moved to Los Angeles to pursue a career in film. She gained priceless experience in the film industry for several years, but she struggled to pay bills.

“I started filming multiple shows and projects with the Debbie Allen Dance Academy and I was so moved watching Debbie lean on her industry experience as she taught her students how to dance and how to succeed in that industry,” she said. “Watching her inspired me to find ways to pass my love of film to young people, and help them find ways to gain industry experience.”

She left L.A., moved home to North Texas and enrolled at UTA to study film and photography. She received a Bachelor of Fine Arts degree from UTA’s College of Liberal Arts in 2012, obtained an alternative certification to teach and entered the classroom in the Austin Independent School District in 2013. Today, she is a media arts teacher at Lanier Early College High School and making a clear difference in her students’ lives.

“People ask me what makes me different and I don’t really know. I want to give my students the best experience possible. I customize my teaching to each individual student because it helps them understand themselves, which helps them find their own voice,” she said.

She credits her UTA professors with influencing her teaching style.

“Kenda was so honest with her critiques. Her honesty led me to discover my artistic voice,” Bordeaux said of UTA Professor of Photography Kenda North. “She allowed me to do a hybrid study of film and photography, and that inspired me to spend time with my individual students and customize their experiences. I cannot say enough about the entire Art and Art History Department at UTA.”

North remembers Bordeaux as a gifted and generous student.

“Tara’s ideas and work were always unique and maintained intelligence and humor,” North said. “I am not surprised that she has excelled as a teacher and I am very proud she found a career path that brings her and her students great rewards.”