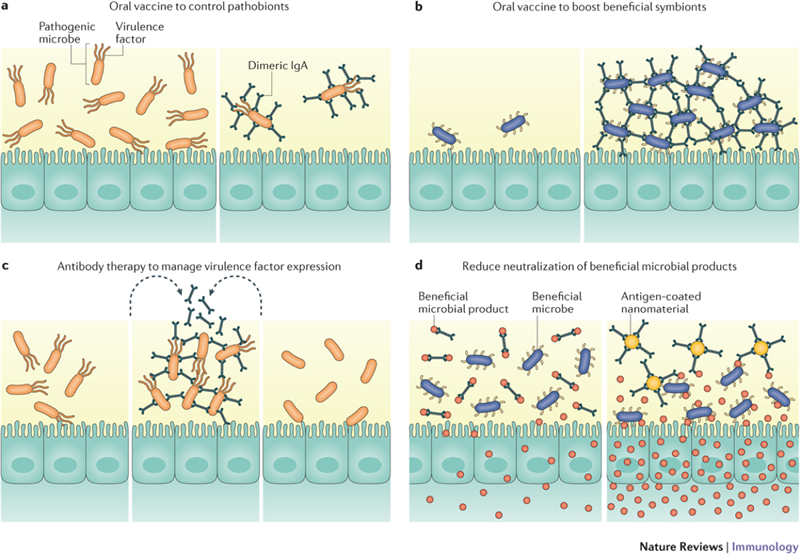 Researchers at the University of Texas at Arlington and University of Utah have concluded that the body’s own immune response regulates the composition of bacterial communities in the intestine that improve health and help fight off infections.

Differences in the quality of this immune response and the composition of the bacteria in the intestine determine an individual’s susceptibility to inflammatory diseases like Crohn’s disease or ulcerative colitis, as well as infectious diseases like Salmonellosis or Listeriosis. Because of genetic differences between people, this immune response is unique to each individual.

“This knowledge could be harnessed to treat diseases caused by an imbalance in the relationship between the host and the communities of bacteria in their intestine, otherwise known as gut dysbiosis,” said Jason Kubinak, a new UTA assistant professor of biology.

“We can now imagine a world where oral vaccines or probiotics could be used to bolster natural defenses or control infection, reducing our need for long-term steroid or antibiotic use, both of which can have serious negative side-effects,” he added.

Kubinak published the review paper, “Do antibodies select a healthy microbiota?”, as the cover article of the prestigious journal Nature Reviews: Immunology.

He and his co-author June Round, associate professor of pathology at the University of Utah, termed this process by which the immune system releases antibodies to promote healthy microbial communities “antibody-mediated immunoselection” or AMIS.

“We believe that going forward it will also be possible to develop immunotherapies based on antibodies that can manage bacterial communities to prevent illness,” Kubinak said. “This could be particularly important for more sensitive patients, such as those suffering diseases associated with primary or secondary immunodeficiencies".

In addition to their own research, Kubinak and Round reviewed a series of studies that demonstrate how the major gut antibody, called immunoglobulin A or IgA, targets resident bacteria and helps define the composition of bacterial communities in the intestine. Other studies show that immune-compromised mice without strong antibody responses develop unhealthy bacterial communities, and are more susceptibility to disease and bacterial invasion of their tissues.

“IgA-deficiency in humans has also been associated with gut dysbiosis and enhanced disease susceptibility," Kubinak said. “Developing novel models of IgA deficiency will be crucial for dissecting the underlying genetic defects that result in gut dysbiosis as well as developing potential treatments.”

“The gut IgA antibody response serves a variety of positive functions, including limiting bacterial invasion of deeper tissues, reducing the severity of infection and limiting inflammation,” he added. “This new field of research could have a large impact on human health.”

Clay Clark, UTA chair of biology, underlined the importance of this research within the University’s focus on health and the human condition within the Strategic Plan 2020: Bold Solutions|Global Impact.

“This new line of research creates the opportunity to use the antibodies themselves to target microbes and harmful compounds, and would represent an important step forward in the fight against chronic and infectious diseases in the intestine,” Clark said. “It is particularly important research as we see more and more resistance to antibiotics, which have traditionally been the first line of defense against many infections.”