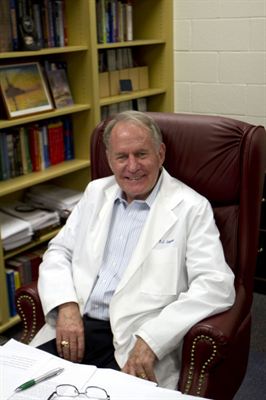 A University of Texas at Arlington psychologist who has completed groundbreaking work in health psychology – particularly in the causes, assessment and treatment of chronic pain behavior – has been named recipient of one of the highest honors in psychology.

Robert J.  Gatchel, Distinguished Professor of Psychology and Nancy P. & John G. Penson Endowed Professor of Clinical Health Psychology, has been awarded the American Psychological Foundation’s 2017 Gold Medal Award for Life Achievement in the Application of Psychology. He also is the director of the Center of Excellence for the Study of Health and Chronic Illnesses.

Gatchel will receive the award during the 125thAnnual American Psychological Association Convention, scheduled for Aug. 3-6 in Washington, D.C. APF President Terence Keane will present the award at the convention.

“This Gold Medal Award represents the pinnacle of one’s scientific and professional contributions to the field of psychology,” Gatchel said. “I am very honored to now be part of history in this select group of who’s who of the science of psychology, which will be one of my major passing legacies.”

Gatchel has spent more than 40 years studying chronic stress and pain, and the emotional, behavioral and physiological effects they have on people. Areas of particular interest have included managing anxiety and pain during dental treatments; acute and chronic lower back and spinal pain; and the treatment of musculoskeletal disorders.

Gatchel began planting the seeds for the creation of the Center of Excellence for the Study of Health and Chronic Illnesses in 2004 and, in 2013, the work of Gatchel and others culminated with the Center’s opening. The goal was to make the Center a place where scientists from different disciplines could collaborate on biopsychosocial and interdisciplinary research, as well as community-based education and prevention efforts pertaining to the causes and management of chronic illnesses.

“This is a tremendous and well-deserved honor for Dr. Gatchel, who is a pioneer in the study of what causes chronic pain and how to best treat it,” said Morteza Khaledi, dean of the UTA College of Science. “He has had such a significant impact in the field of pain management and his work has done much to improve health and the human condition, which is one of the main pillars of UTA’s Strategic Plan 2020 Bold Solutions|Global Impact.”