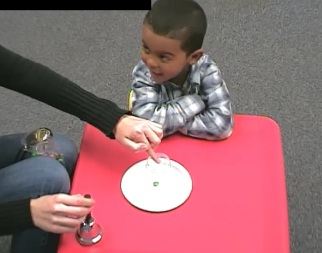 University of Texas at Arlington researchers have found that by age 3 environmental influences such as parenting are relevant factors in the development of toddlers’ self-control when they are asked not to do something they want to do, such as run into the street or eat a forbidden snack.

“Understanding the development of self-control mechanisms is vital as individuals with low levels of inhibitory control develop more cognitive and socio-emotional development issues, including attention deficit hyperactivity disorder or ADHD,” said Jeffrey Gagne, an assistant professor of psychology in UTA’s College of Science and co-author of the study.

“Currently, most developmental issues are diagnosed after the child enters school,” Gagne said. “If we could identify and intervene with problems earlier, we could improve their responses before they reach school and their outcomes once they get there and beyond, even through adolescence.”

Gagne and his co-author Kimberly Saudino, professor of psychological and brain sciences at Boston University, published their findings in the leading child development journal Developmental Psychology, as The Development of Inhibitory Control in Early Childhood: A Twin Study from 2-3 years.

The researchers studied 300 pairs of twins and measured their inhibitory control through interviews with their parents and also by testing and videoing their responses to temperament assessments in a laboratory setting. The tests were repeated at age 2 and age 3, both times within a month of their birthdays.

While parent interviews suggested that genetics remains a key factor in these behaviors at age 3, detailed analysis of the videotaped laboratory behavioral assessments showed that genetic influences were significant at age 2 but not at age 3.

“By age 3, we see that one twin’s exposure to either shared family influences or unique environmental influences such as more or less negativity from parents, or an accident or illness the co-twin did not experience, are both important influences over their capacity for self-regulation,” Gagne said.

“With a sensitive laboratory-based protocol for measuring inhibitory control, we could map out the traits in early childhood that would suggest susceptibility for certain disorders and potentially help these children faster,” he added.

Perry Fuchs, chair of psychology in UTA’s College of Science, commended the researchers and their work, which is representative of the University’s commitment to advancing insight into health and human condition under the Strategic Plan 2020: Bold Solutions | Global Impact.

“This research could help clarify issues of child behavior and misbehavior experienced by many families,” Fuchs said. “By providing clearer support for parents it may be possible to remediate some socio-emotional development issues before the children reach school age and have to interact in complex environments.”

The research builds on several previous joint twin studies by Gagne and his colleagues on inhibitory control and anger management in children from age 1 to age 3.

“We plan to continue this work following the children as they grow older,” Gagne said. “We also need to study the effects of the situation of parents – their depression, divorces, or other social environmental problems, and how that might affect the development of behavioral control in their children.”

The University of Texas at Arlington is a Carnegie “highest research activity” institution of more than 51,000 students in campus-based and online degree programs and is the second-largest institution in The University of Texas System. U.S. News & World Report ranks UTA fifth in the nation for undergraduate diversity. The University is a Hispanic-Serving Institution and is ranked as the top four-year college in Texas for veterans on Military Times’ 2016 Best for Vets list. Visit www.uta.edu to learn more, and find UTA rankings and recognition at www.uta.edu/uta/about/rankings.php. 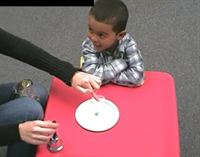