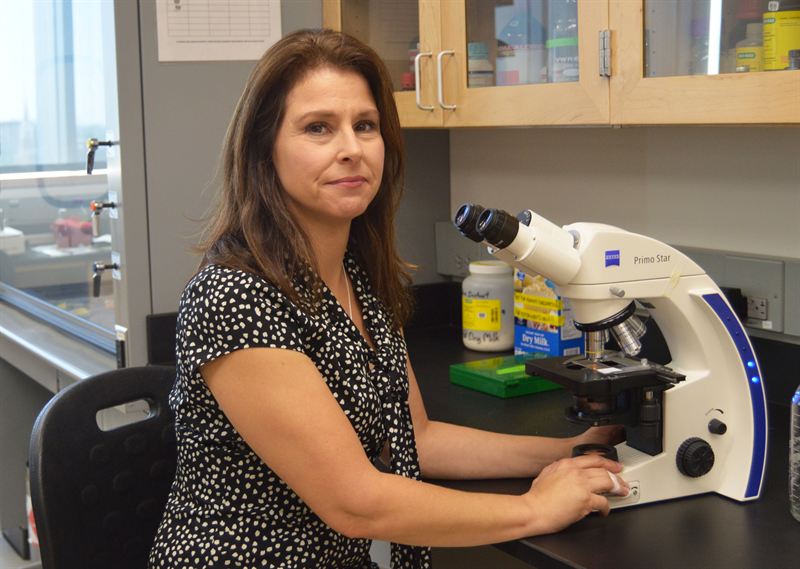 Researchers at The University of Texas at Arlington are studying how fluctuating estrogen levels make females increasingly sensitive to the rewarding effects of cocaine and ultimately, vulnerable to cocaine addiction.

Repeated administrations of cocaine cause molecular neuroadaptations in the brain that trigger changes in behavior aimed towards obtaining more of the drug, primarily affecting the dopamine reward system. Long-term exposure to the drug can create permanent changes in brain circuitry and intracellular responses, causing the individual to maintain a neurobiological disposition to seeking drugs.

“Compared to men, women experience higher levels of craving and relapse during periods of abstinence and take larger amounts of cocaine during bouts of relapse,” said Linda Perrotti, UTA associate professor of psychology and principal investigator on this study.

“Our study on hormonal effects could lead to customizable and differentiated addiction treatment and prevention measures for men, women, women on hormone-based birth control, post-menopausal women and women on hormone replacement therapy.”

Perrotti received a three-year $413,970 National Institutes of Health grant to fund bio molecular research on the effects of changing hormone levels on the principal molecules implicated in behavioral adaptations resulting from drug use.

“Estrogen also activates messenger pathways within the dopamine reward system and we need to find out how it affects learning and memory circuits, making drugs more or less rewarding,” Perrotti added. ‘Does it signal to the brain, ‘Try cocaine again, you liked it that first time?’ And when there are higher levels of progesterone and less estrogen at another point in the hormonal cycle, is the female less likely to try again? All this has important implications for treatment.”

Perry Fuchs, UTA chair of psychology, underlined the links of this research to the university’s theme of health and the human condition, as one of the key pillars of UTA’s Strategic Plan 2020: Bold Solutions | Global Impact.

“Historically, most biomedical models have been based on men but it is increasingly clear that what we know about addiction in men does not always hold up in women,” Fuchs said. “Dr. Perrotti’s research could provide essential insights to improve the quality of treatment given to women suffering from drug addiction.”

The researchers will use rodent models to focus on three specific molecules associated with drug addiction and reward: extracellular signal-related kinase or ERK, which plays a critical role in cocaine reward and the consolidation of memories for cocaine associated cues; the FosB protein, which is thought to activate genes that increase sensitivity to the effects of the abused drug; and the response element binding protein CREB, which modulates cocaine reward and serves as a regulator of the negative emotional symptoms occurring during cocaine withdrawal.

Linda Perrotti earned her doctorate in biological psychology from The Graduate School and University of the City University of New York and did her post-doctoral fellowship in psychiatry and neuroscience at University of Texas Southwestern Medical Center before coming to UTA as an assistant professor of psychology in 2006.

She earned the NARSAD Young Investigator Award in 2009 and the National Science Foundation Louis Stokes Alliance for Minority Participation Award in 2012.

The University of Texas at Arlington is a Carnegie Research-1 “highest research activity” institution of about 55,000 students in campus-based and online degree programs and is the second-largest institution in The University of Texas System. U.S. News & World Report ranks UTA fifth in the nation for undergraduate diversity. The University is a Hispanic-Serving Institution and is ranked as the top four-year college in Texas for veterans on Military Times’ 2016 Best for Vets list. Visit www.uta.edu to learn more, and find UTA rankings and recognition at www.uta.edu/uta/about/rankings.php.