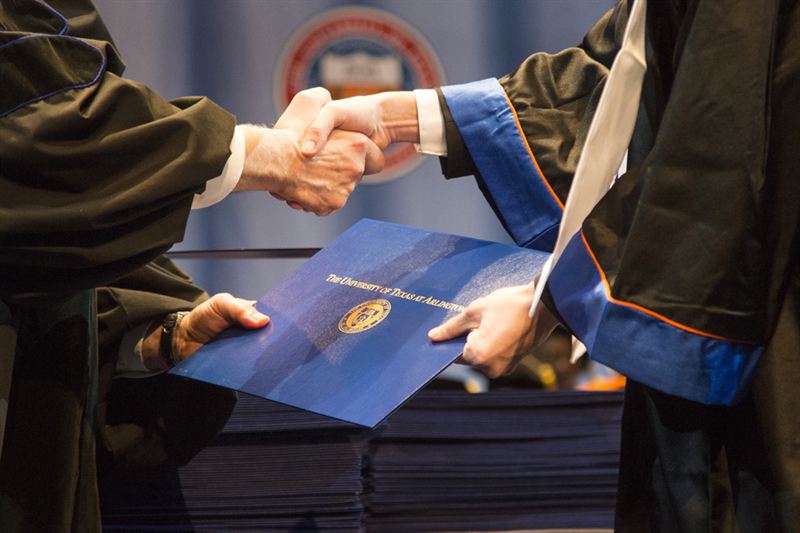 At a time when default rates on federal student loans are rising nationally, the rate at which students and graduates of The University of Texas at Arlington are defaulting on their student loans has dropped for the fourth consecutive year. The UTA rate is 6.1 percent – far below the state and national averages of 10.4 percent and 11.5 percent respectively.

“While the national numbers for default are going up, our consistently falling rate is a key indicator of success at UTA and speaks to the efforts of our faculty, advisors and staff to see students through to earning their degrees,” said Vice President for Enrollment Services Troy Johnson. “Upon graduation, our students are receiving high-paying employment opportunities which enable them to repay the money they borrowed during their college years, demonstrating the true value of a UTA degree.”

The loan default rate reflects the percentage of students who defaulted on federal loans within the first three years of beginning the repayment process, generally after graduation or leaving an institution of higher learning. The recently-released data is based on students who began repaying loans in 2014.

“This is yet another example of UTA’s steep upward trajectory,” Johnson said. “We are a Carnegie R-1 Research University, enrollment is up, and graduation rates are on the rise. Our talented faculty is attracting a diverse and highly motivated student body and provides the highest quality education, yet we remain affordable and a great value for cost-conscious parents and families.”

UTA is the top-ranked public university in the nation for graduating students with the lowest average student debt, according to U.S. News & World Report.

UTA’s student enrollment set another record for the fall 2017 semester with a preliminary count of 41,715 Texas-based students, a five percent increase over fall 2016. The incoming freshman class is the largest and most academically accomplished in the university’s history, with 65 percent having graduated in the top 25 percent of their high school class.