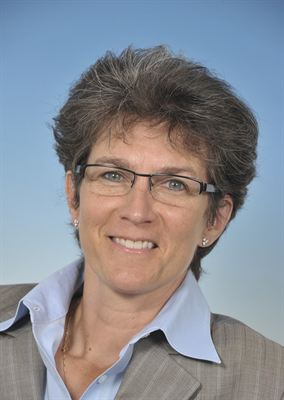 STOCKHOLM, Mar. 21, 2013 – UPS (NYSE: UPS) has announced that Cindy Miller, a 24-year UPS veteran, has been promoted to president of UPS Europe, making her responsible for all UPS operations in more than 120 countries and territories across Europe, the Middle East and Africa (EMEA). The EMEA region is the largest non-U.S. operation.  Of the $12.1 billion in international package revenue generated in 2012, the region contributed approximately half.  Miller, 50, is currently the president of UPS U.K., Ireland and Nordics and assumes her new responsibilities April 30, 2013.

Miller has extensive experience and knowledge of the EMEA region, having served in senior executive positions in Europe since 2008.

“UPS delivered more than 30 million items during the 2012 London Olympic Games and Cindy is the leader responsible for UPS’s outstanding performance,” said Dan Brutto, president UPS International.  “In addition, she also ensured UPS delivered innovative sustainability solutions through our technology and logistics solutions.  Cindy is a well-rounded executive with a laser focus on operational excellence and superior customer service.”

Miller, a native of Tamaqua, Pennsylvania, USA, has held several key executive positions at UPS, such as president of UPS South Europe and Africa, as well as similar roles in the U.S.  She began working for UPS as a package car driver and, like many UPSers, worked her way up through positions of increasing responsibility.

“UPS will continue to focus energy and resources on Europe as it plays a large role in our long-term strategy,” said Miller.  “We see continued growth because we help our customers be more competitive on a global scale.”

UPS (NYSE:UPS) is a global leader in logistics, offering a broad range of solutions including the transportation of packages and freight; the facilitation of international trade, and the deployment of advanced technology to more efficiently manage the world of business.  Headquartered in Atlanta, UPS serves more than 220 countries and territories worldwide.  The company can be found on the Web at UPS.com and its corporate blog can be found at blog.ups.com.  To get UPS news direct, visit pressroom.ups.com/RSS.