Eagles Bound for Playoffs in Dubai 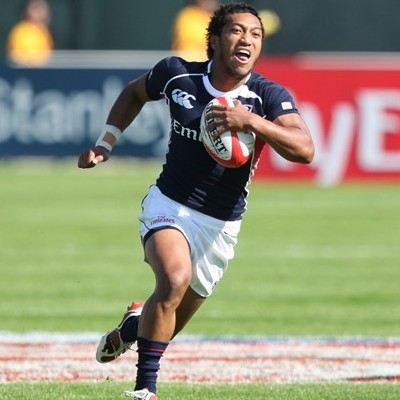 ​The Men's National Sevens team beat Argentina and Zimbabwe to earn themselves a spot in the quarterfinals tomorrow.  The 2-1 Series start marks the USA's best ever record in Dubai and the Eagles are full of momentum moving towards tomorrow's clash with defending Series champs, Samoa.

DUBAI - The Men's National Sevens team beat Argentina and Zimbabwe to earn themselves a spot in the quarterfinals tomorrow.  The 2-1 Series start marks the USA's best ever record in Dubai and the Eagles are full of momentum moving towards tomorrow's clash with defending Series champs, Samoa.

The Eagles' first opponent was always going to be a challenge.  New Zealand has one of the strongest sevens teams in the world, but the Eagles played them tough, with the scores at 12-7 at the half in favor of the Kiwis.  A rough second half saw New Zealand put on 19 points, with a final score of 31-7.

"We played well against New Zealand.  The thing with New Zealand is when you make a mistake against them, the mistake is compounded.  We had a positive video session following the New Zealand match.  We saw that we needed to have more patience on attack and we were running up too hard on defense," said USA Head Coach, Al Caravelli.

Against Argentina, the USA started strong and a try from Mile Pulu and two scores from Zach Test gave the Eagles a comfortable 19-0 lead at the half.  Argentina switched it on in the second half, but the Eagles continued to attack and captain Matt Hawkins went over the line three minutes into the second half to douse the Argentine momentum.  The Eagle defense held for another three minutes, but Argentina's Tomas Passerotti scored with a minute to go, bringing the scores to 19-24.  The Eagles notched their first 'W' of the Series and would face Zimbabwe, a side that at that point, had never lost the USA.

Zimbabwe was coming off a massive 59-0 loss against New Zealand and the Eagles must have smelt blood in the water.  Zach Test and Mile Pulu scored within five minutes of the starting whistle, and Shalom Suniula tacked on another four points with conversions, giving the Eagles a 14-0 lead.  Zimbabwe answered back just before the halftime whistle with a converted try.  Eagle vet Mark Bokhoven broke through the defense to score a try, which Shalom Suniula converted.  Ronald Suniula scored in extra time and his brother Shalom converted to finish the match off, with a final score of 28-12.

The leader of the Eagles squad, Matt Hawkins, joins the ranks of excellent previous Eagle captains Chris Wyles and Kevin Swiryn.  "Hawk is an outstanding leader and raises the bar every time we play," said Caravelli.

With the three newcomers to the squad, Kyle Marshall, Nu'u Punimata, and Miles Craigwell, the new additions all got some playing time today, making the enormous transition from club rugby to the international level.  Punimata made a big impact and is certainly one to watch tomorrow and in George. 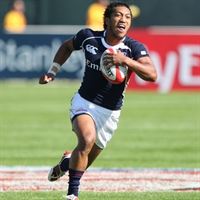